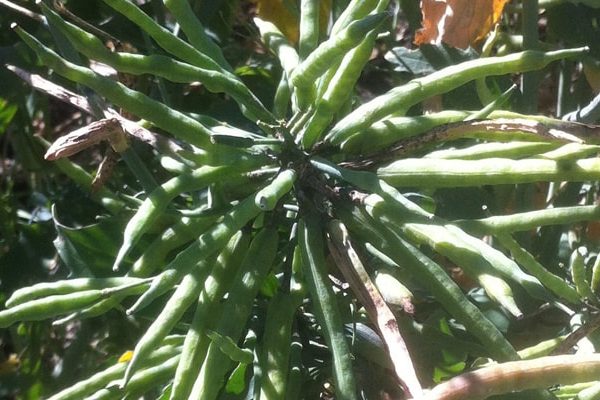 Herbicide carryover can cause crop injury ranging from minimal to complete crop loss. Increased acreage of canola and new herbicide options in other rotation crops have created more opportunities for carryover damage. Minimizing risks and being aware of symptoms to properly identify damage to best manage this potential challenge.

Injury problems have typically arisen where normal breakdown of herbicides has been inhibited by factors such as drought, low organic matter and pH, sometimes in conjunction with increased frequency of use of residual herbicides in the rotation.

Risk and type of crop injury

Herbicide carryover can cause maturity delay and crop injury ranging from minimal to complete crop loss. Injury can occur anywhere in the field and may be patchy. Even within a small area, severity of plant injury can vary from low to high.

Herbicide carryover injury tends to be higher in areas where break down is slower, such as areas of low organic matter, low soil moisture, or high or low pH soils. It also tends to be higher in areas where higher rates were applied in the first place, such as headlands, corners or overspray strips.
When carryover is possible or suspected, check fields at early leaf stages and note symptoms and recovery. Photograph damage and recovery, along with photos of plants that appear unaffected to provide a better visual comparison.

Herbicide carryover injury to canola most often occurs when canola is grown on fields that received a product known to have a carryover risk for canola. Recropping restrictions for all herbicides are listed on labels and in provincial guides to crop protection. Poor record keeping, misunderstanding of labels, or last minute rotation changes are common contributing factors leading to crop damage from herbicide residue. See the Herbicide residue and drift injury section for more information.

The Saskatchewan Ministry of Agriculture produces herbicide carryover risk maps for the province and can be viewed on their Herbicide Residues page.

Recropping restrictions are based on the half-life of an active ingredient. Half-life is a relative measure of how fast chemicals break down in the environment. Specifically, half-life is given as the number of days required for the number of herbicide molecules in the soil to drop by half. The bigger the number, the more persistent an active ingredient tends to be. For example, Group 2 Odyssey is not to be used in the year ahead of canola because imazethapyr (one of two actives in Odyssey) has a half-life of 60 to 90 days and because canola is sensitive to imazethapyr at very low levels. Imazamox, the other active in Odyssey, has a half-life of 20 to 30 days.

Group 2 herbicides, in general, are more likely to carryover at damaging levels because they maintain herbicidal activity at such low doses and can retain that activity over several half-lives. Group 5 products, in comparison, lose herbicidal activity after as little as one half-life.

Herbicide carryover injury can also occur when expected herbicide breakdown does not occur.

Factors that can slow the pace of herbicide breakdown are:

There are different symptoms for the different herbicide groups. Herbicide carryover can be confirmed by:

Cold stress symptoms arise only after a cold temperature event, and recovery will be rapid as temperatures increase. Severe injury symptoms such as purpling or chlorosis, severe size reduction or thickening of cotyledon leaves and petioles often appear at the cotyledon stage. However, cotyledon symptoms must be verified by damage to true leaves and/or meristems to eliminate cold stress as a cause for symptoms. If cotyledon symptoms carry on to true leaf injury, this is a sign of herbicide carryover damage. Cold stress symptoms also tend to be fairly general throughout an area, whereas herbicide carryover can vary from plant to plant.

Carryover issues for crops following canola. For pulses following canola, the carryover issues for the pulses would be if clopyralid (Lontrel) has been used on the canola. Peas and other pulse crops are very sensitive to clopyralid and caution should be used, particularly if using higher rates and if conditions are dry. If peas are following Clearfield canola, IMIs used in pulses will not control Clearfield canola volunteers. In that case, the IMIs would have to be used with a tank mixCombining two or more crop protection products (that are compatible) in one application. More.

Saskatchewan field experiments from 2002-2005 found that canola yields can be reduced by the stacking of Group 2 herbicide residues. Stacking is defined as the repeated application of different residual herbicides which results in additive or synergistic phytotoxicity to rotational crops.

The first of two experiments followed a wheat-field pea-cereal (barley/wheat split)-canola sequence. Stacking of Assert-Odyssey and Assert-Sundance through the cereals and pulses in rotation caused residual injury in the fourth year canola crop but no yield reductions were recorded.

Risk of Group 2 herbicide stacking appears to be highest in lighter textured soils that receive below normal precipitation.

Sequences that involve Odyssey and Assert (Sundance is no longer available) appear to be the highest risk 1.

Controlled environment experiments predicted an additive interaction between the residues of Odyssey and the residues of Assert, Everest, Sundance and Frontline. In the field, additive effects of Odyssey and Everest and Odyssey and Frontline were rarely observed; however, the bioassay indicates that it could occur. When stacking in the field occurred, it usually involved Odyssey, Sundance, and/or Assert and the effects were generally synergistic, not additive as predicted by the laboratory bioassays. Therefore, environment must play a role in the crop response to herbicide stacking 3.