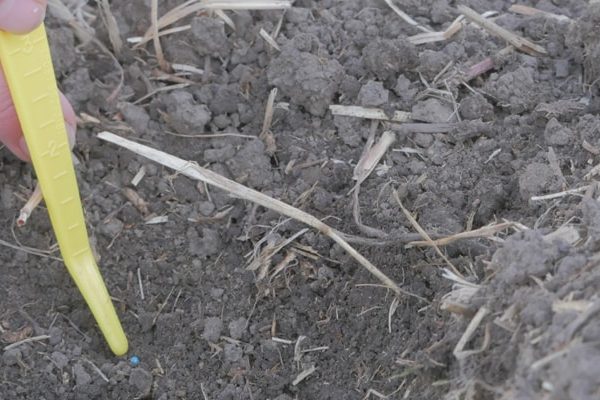 Choosing high quality seed improves the potential for sustainable production with increased profitability and reduced production risk. Current hybrid canola seeds are extensively tested before being treated, bagged and sold. With the majority of the seedlots exceeding certified seed requirements, it isn’t an issue to find an option with high genetic potential to start off the growing season.

As outlined in the Canada Seeds Act, certified No.1 canola must have a minimum of 90 per cent germination and certified No.2 canola must have 80 per cent to 89 per cent germination. This means seed must meet these standards at the time of sale, no matter when that seed was grown. These standards also apply to seed that is returned and then resold the following season. Germination tests have to be updated, and growers can ask to see the seed analysis.

Standardized germination tests, as outlined by the Canadian Food Inspection Agency (CFIA), measure the percent of germinated seeds after seven days under ideal conditions (e.g. moist blotter, warm temperatures). If seed makes a late surge, tests can be extended to 10 days, but this should be noted on the analysis report. Some labs will also provide a four- or five-day test. A seedlot that reaches 90 per cent germination within that time period tends to be more vigourous 4.Certified No. 1 canola is extensively tested to ensure quality. Factors that could negatively influence seed quality and result in downgrading may include:

Hybrid seed is produced by a controlled cross (mating) between two parent lines: a sterile male or female line (a plant that lacks viable pollen and therefore cannot self-pollinate or pollinate neighboring plants) and a pollinator (male) line that pollinates the female plants/line. The male line is removed after pollination so it does not self-pollinate and make non-hybrid seed. Thus all seed from the female has been pollinated by only the male line and was from two parents (making it a hybrid) and with that heterosis often comes added vigourSeed properties that determine the potential for rapid uniform emergence and development of normal seedlings under a wide range of field conditions. More and yield. Seed companies research thousands of parent lines and combinations to find ones that provide the greatest heterosis.

Hybrid cultivars make up the majority of canola grown in Canada. To be called a hybrid, a seedlot has to contain a minimum of 80 per cent hybrid seeds, based on Canada Seeds Act standards. Higher levels of hybrid seed in a lot will ensure more consistent and predictable performance. Therefore, companies will often take steps beyond simply removing the male lines following pollination in order to ensure hybridity levels well above the minimum standards. This improves the quality and predictability of a hybrid seedlot, but adds to the cost of hybrid seed.

Open-pollinated (OP) cultivars are produced from a single self-fertile parent. With good isolation from contaminating sources of pollen, the seed produced from an OP line will be genetically similar (nearly identical) to the parent. They are relatively easy to produce, but do not have heterosis associated with hybrid seed.

Important considerations to note when choosing seed include:

How to preserve seed quality

No.1 certified canola seed stored at two degrees Celsius or cooler and at less than eight per cent moisture will maintain its minimum 90 per cent germination for at least 18 months 7. Canola stores best at a cool even temperature and at a dry non-fluctuating humidity. Keep rodents and insects away from seed bags. Learn more about this topic in the canola storage section.

The blue certified seed tag assures that seed purchased meets the minimum standards for purity and germination, as outlined by the Canada Seeds Acts.

The Canada Seeds Act designated the CSGA to be the sole seed pedigree agency for most crops in Canada. The CSGA establishes genetic standards and ensures that these standards are maintained.
Pedigreed seed is inspected by approved crop inspectors who report to the CSGA on the conditions of these seed fields. The inspectors verify the cultivarA cultivar is a variant in a species developed through the intervention of humans (despite the term 'variety' often being incorrectly used to describe this). A cultivar can be open-pollinated type, hybrid, synthetic, composite, etc. More sown, previous land use, isolation, any weed infestations, plants of other crop types, and the degree of contamination with other cultivars or off-types. Crops that meet the standards are issued a crop certificate by the CSGA.

A licensed grader then inspects the seed from those fields to determine the grade under the Canada Seeds Act. Factors assessed include germination, freedom from weed seeds, sclerotiaHard, black resting bodies made of compact masses of hyphae; the plural term for sclerotium More bodies, other Brassica crop kinds and overall quality.

Certified seed is the class recommended for commercial canola production. Only one generation of certified seed is allowed. Seed produced from a crop grown from certified seed is no longer pedigreed and it is illegal to advertise or sell it under a varietyA variety is a variant of a species that evolved in nature without the intervention of humans, e.g. Brassica oleracea variety (in short form, var.) botrytis (cauliflower), var. capitata (cabbage), var. italica (broccoli), etc. More name. Such seed is classed as “common seed.”

Since B. napusAlso referred to as Argentine canola, it is the species of canola currently commonly grown in Canada. More canola cross pollinates about 25 per cent of the time, the more generations removed from the original breeder seed, the greater the likelihood that outcrossing will have occurred. Therefore, some of the seed may no longer carry the genetically superior qualities. This is especially true for hybrids.

Second generation seed (F2) from certified hybrid seed will not have consistent characteristics throughout the seedlot. Herbicide tolerance, disease resistance, maturity and oil quality traits, among others, will be more variable and less predictable in the F2 seed. The proportion of the plants exhibiting these inferior traits in the F2 population is large enough to also result in significant yield reduction on average 8. Note that use of F2 seed is illegal as per agreements signed with the seed companies.

Certified seed provides an extremely close copy of the genetic characteristics of the original breeder seed, as well as strict standards for genetic purity, weeds (especially wild mustard and cleavers) and high germination.

Certified seed has a low tolerance for contamination by other cultivars. The current tolerance is 1.5 plants for every 10,000 plants. Although this tolerance is very low, the number of off-types or other cultivars in a field planted with certified seed could be noticeable. For example, a stand of 100 plants per square metre (10 plants per square foot) with a maximum contamination of 1.5 per 10,000 in the seedlot, will create roughly 160 off-types per hectare (65 per acre). This is extremely rare but it could explain why some growers may find, for example, Roundup Ready volunteers after seeding a LibertyLink cultivarA cultivar is a variant in a species developed through the intervention of humans (despite the term 'variety' often being incorrectly used to describe this). A cultivar can be open-pollinated type, hybrid, synthetic, composite, etc. More from a certified seedlot on land that was not previously seeded to Roundup Ready cultivars or close to a field of Roundup Ready canola.

Certified seed standards include maximum tolerances for noxious weed seeds, secondary noxious seeds, other weed seeds, seeds from other crops and foreign bodies such as sclerotiaHard, black resting bodies made of compact masses of hyphae; the plural term for sclerotium More. This can help growers avoid the introduction of weeds and other pests to their farms.

Plant breeders incur substantial costs to develop valuable cultivars and thus they wish to protect them from pirating. Canada’s Plant Breeders’ Rights Act enacted in 1990 allows plant breeders to control the seed of new cultivars that they develop and collect royalties on them. Similar to a copyright or patent, Plant Breeders’ Rights (PBR) protect the research investment made to develop new crop cultivars. Proponents of PBR contend that plant breeding is the most cost-effective way to achieve increases in yields, quality and disease resistance.

PBR protection is an exclusive right to sell and produce the seed in Canada. Further sales for propagation purposes are not allowed without the approval of the breeder. Farmers are allowed to save some seed for their own replanting purposes, but sales to other individuals or corporations are prohibited. Note that PBR does not invalidate legal agreements with seed suppliers that prohibit saving hybrid seed for replanting.

Trait or technology agreements (Technology Use Agreements, Technology Stewardship Agreements, etc.) are legal contracts between farmers and seed companies that grant a license to the farmer to purchase and plant specific cultivars or traits to produce a single commercial crop in Canada in a single season. The purpose of these agreements is similar to PBRs and they ensure that it is profitable to develop new canola traits and cultivars for Canadian canola.