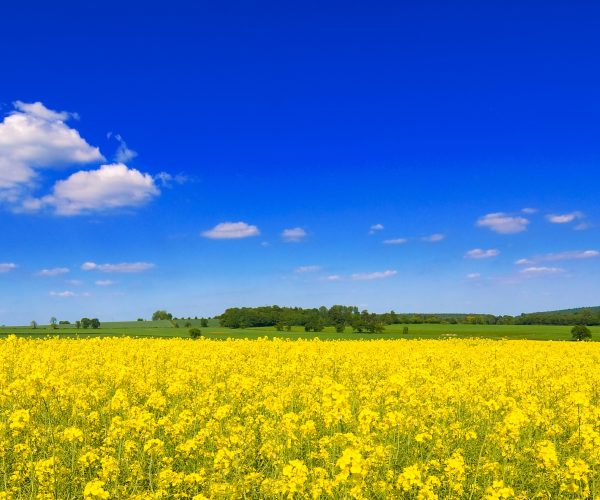 With mounting pressures on the health of Canada’s ecosystems, environmental sustainability is more important than ever before—and crucial to the future health and happiness of everyone.

The canola industry has a proud history of environmental stewardship. But as an innovative and forward-looking organization, the Canola Council of Canada recognizes that new innovations provide us with the opportunity to produce canola even more sustainably, which is why we’ve set ambitious goals for further environmental achievements as part of our 2025 Strategic Plan.

On the pages listed below you’ll learn more about canola’s strong history of environmental sustainability, and the ambitious but attainable goals we’ve set for ourselves.

Soil is an essential resource for agriculture.

Preserving topsoil not only helps retain organic matter, it also keeps more carbon stored safely in the earth and keeps the land fertile, productive and profitable for farmers.

As canola has displaced summerfallow on the Prairies and helped enable the adoption of conservation tillage, hundreds of millions of tonnes of topsoil and organic matter are preserved, as are the carbon and nutrients stored within it.

In addition to benefiting soil and water health, canola also helps reduce the amount of greenhouse gases (GHGs) in the atmosphere.

Thanks to its potential for carbon sequestration, agriculture was deemed to be the economic sector with the greatest near-term potential to mitigate GHGs by the Intergovernmental Panel on Climate Change’s 5th Assessment.

Responsible farming practices allow Canadian farmers to sequester 11 million tonnes of GHGs in their fields each year, and approximately 70% of all the carbon sequestered by Canadian field crops is due to canola.

Land-use efficiency is all about generating more food from the same amount of land that is already being farmed.

By adopting leading-edge genetic traits, including herbicide tolerance and disease resistance, as well as innovations in crop protection and nutrient management, Canadian farmers are able to produce more canola per acre while maintaining the same farmland footprint.

The conservation tillage efforts of Canadian farmers, most of them canola farmers, have helped Canadian farms use millions of litres less diesel each year.

The Canadian Prairies have always been an important source for biodiversity, and the canola crop contributes significantly to maintaining biodiversity on the Prairie landscape.

Canola fields provide a habitat for an incredible diversity of beneficial insects such as bees, butterflies, spiders, wasps and beetles.

Farmers use a wide range of tools, such as crop rotations, detailed field scouting and following insect thresholds, to protect these valuable allies.

Our commitment and three-pronged approach to sustainability