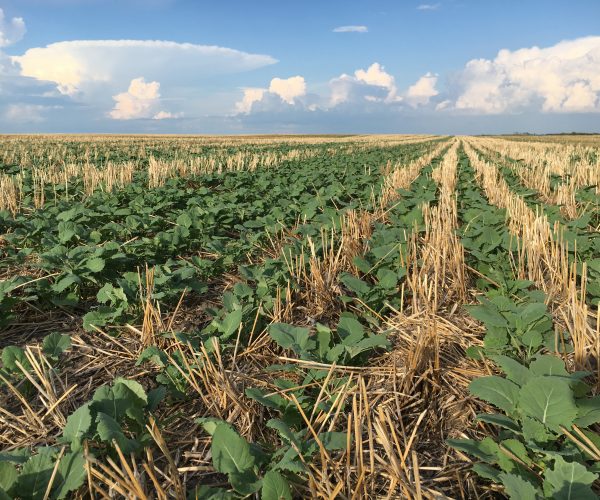 The conservation tillage efforts of Canadian farmers, most of them canola farmers, helps Canadian farms use millions of litres less diesel each year.

Our commitment to boosting yields and using land more efficiently will also mean farmers are using less energy to produce each bushel of canola.

By increasing yields from the 42 bushels per acre average in 2016 to our 52 bushel per acre target in 2025, and keeping fuel use steady at 22 litres per acre, the Canadian canola industry will use 18% less fuel for every bushel produced.

Because canola seed pods tend to shatter as they ripen, causing seeds to be lost on the ground, farmers have traditionally cut their crop into swaths prior to maturity before putting it through the combine.

Using canola pods that are less likely to shatter prior to harvesting allows farmers to eliminate the swathing step and instead let the crop ripen as it stands in the field and straight combine the crop.

This saves fuel and can increase yields as more seeds reach maturity and end up in the combine instead of being lost on the ground.

Reducing GHGs in the atmosphere

Generating more food from the same land base