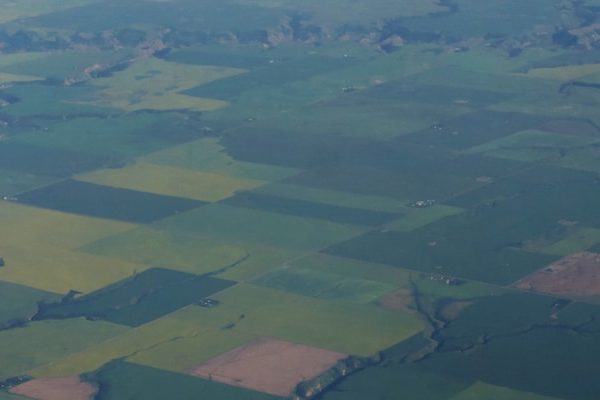 Both crop rotation and cropping sequence (the order in which grains and oilseeds are grown) are important considerations that must be evaluated. There are some substantial benefits and drawbacks to the order of planting one crop after (or before) another which each grower should weigh before making a final cropping plan.

Impact of preceding crop on canola

In the study, canola had the highest yields when grown after fababean green manure, but the green manure did not provide a marketable crop in the previous year. Of the harvested crops, canola had the highest yields on average when peas were the preceding field. Canola also yielded well on fababean and lentil stubble, with significant increases in canola yield on pea and lentil residue at Beaverlodge, Indian Head, Swift Current and Brandon.

From a canola seed quality perspective, O’Donovan’s study shows that canola grown after peas may have higher protein and lower oil than canola grown on wheat stubble.

Residue is another consideration when choosing a rotation sequence. Wheat can produce more tonnes of residue per acre, which may present a greater challenge for canola seed placement and stand establishment than canola in pea stubble. Preceding pea crops also leave more bare ground that will warm up faster in the spring, which may be an advantage for canola. But pea vines, though lower in volume than wheat stubble, can bunch up in the drill when seeding.

Herbicide carryover is always a consideration when choosing land for canola. This is discussed in the Herbicide Rotation and Residues section.

Effect of canola on subsequent crop

Cereal root and foliar diseases are usually reduced after growing canola. The reduction in cereal diseases arises because canola tends not to host cereal diseases and thus their field populations tend to decline in the absence of a suitable host crop.

Recent Australian research indicates that canola actually kills certain cereal pathogens such as take-all root rot due to release of inhibitory compounds such as isothiocyanates during decomposition. This direct disease reduction has been termed biofumigation 2.

The phytotoxic effect of canola residues has been documented in Canada by several researchers and is attributed to toxins leached from residues as well as toxins produced during microbial decomposition.

Phenolic compounds are considered to be the main class of phytotoxic compounds that reduce the growth rate of roots and shoots. Isothiocyanate, a breakdown product of glucosinolate, has been shown to reduce weed seed germination, especially with small weed seeds such as spiny sow thistle and flixweed 4.

Therefore, problems may occur in situations where thick volunteer canola is worked under (ex. with tillage or soil disturbance equipment) in the spring before seeding flax or a cereal crop. Also, poor straw and chaff spreading with the combine at harvest may result in a nitrogen deficiency and toxicity problems in the chaff row for the next crop, especially if heavy volunteer canola growth occurs in the chaff row.

Stress conditions such as a nitrogen deficiency and high temperatures can increase the allelopathic effect. The allelopathic nature of canola and other Brassica species have potential to be used in green manure systems for weed control.

Arbuscular mycorrhizalGenerally symbiotic associations between certain soil fungi and plant roots where the fungi contribute to the phosphorus nutrition of the plant and the plant provides photosynthates (energy source) to the fungus. More fungi

Arbuscular mycorrhizalGenerally symbiotic associations between certain soil fungi and plant roots where the fungi contribute to the phosphorus nutrition of the plant and the plant provides photosynthates (energy source) to the fungus. More (AM) fungi in the soil can greatly improve the phosphorus uptake by flax and corn, in particular. These crops benefit from healthy AM population in the soil. However, AM do not colonize canola roots, thus their populations will decline after canola 5. (Summerfallowing and other extensive tillage practices can also reduce AM by breaking apart the long hyphae that connect to roots and help draw in phosphorus.) An Agriculture and Agri-Food CanadaAgriculture and Agri-Food Canada is a department of the Government of Canada. More study in Brandon found that colonization of flax roots by AM was reduced when flax was seeded after canola compared to colonization when flax was seeded after wheat.

An average canola crop provides less residue cover than an average cereal crop because it produces slightly less residue and breaks down quicker. One study found that crop residue losses during fallow were greatest from lentil corps, followed by canola, then rye, barley, wheat and then flax. Lentil and canola residues often break down twice as fast as wheat 6. Thus, wind or water erosion risks increase when growing canola, especially when it is followed by summerfallow. When land is frequently cropped to canola, there is a slight risk that soil structure may deteriorate because of the short residue life.

Studies at Agriculture and Agri-Food CanadaAgriculture and Agri-Food Canada is a department of the Government of Canada. More in Melfort, Saskatchewan and Beaverlodge, Alberta have shown an advantage of a grain-forage rotation on degraded and Grey Wooded soils. Several years of other crops like cereals and forages will build up or maintain soil organic matter since they produce  crop residues with slower decomposition rates. This will promote better soil structure and tilth, and reduce soil erosion when a trash cover is maintained.

Seeds of B. rapaAlso referred to as Polish canola, it is the less commonly grown species of canola currently grown in Canada. More cultivars, especially if buried by deep tillage and exposed to certain temperature and moisture conditions, may develop dormancy similar to wild oats. The seed can stay dormant for many years then germinate, causing volunteer and contamination problems. One way to reduce this problem is to keep the seed on or near the soil surface to promote germination and mortality and prevent induced dormancy 9.

Seed bank additions from harvest operations can be relatively large 10. If the harvest operation contributed 300 seeds per square foot to the seed bank, which is fairly typical, then one seed every two square feet could still be present three years later.

Under certain environmental conditions (predominately warm, dry conditions after the seed has taken up some water), canola seed may develop secondary dormancy, resulting in prolonged soil persistence. Some canola cultivars have a higher potential for secondary dormancy than others 9. Unfortunately, cultivars are not normally evaluated for this characteristic nor do breeding programs attempt to screen out this trait.

In a tight canola rotationA high ratio of years growing canola compared to years not growing canola (a high frequency of years canola is grown out of the total number of years considered in a crop rotation). More, switching between herbicide tolerant systems will reduce selection pressure for herbicide resistant weeds and reduce selection of weed populations that are more competitive within a particular system.

Identifying the mechanisms responsible for greater-than-expected residue-induced N2O emissions from canola and flax
Previous research found a higher potential for nitrous oxide (N2O) emissions from decomposing canola and flax residues compared to wheat or pea residues. This project aims to identify the reasons…
Residue management starts at the combine
An important factor in canola stand establishment next spring is the crop residue situation this fall. An even mat of cereal residue is preferable to clumpy distribution that can affect…
Improving nutrient management in canola and canola-based cropping systems
Canola stand density can be significantly reduced when seed-placed phosphate and sulphur fertilizers are used in combination, with sulphur being particularly damaging. Cynthia Grant with Agriculture and Agri-Food Canada (AAFC)…
Legume crops to improve soil fertility for enhanced canola production
Growing legume crops in rotation with canola and barley can provide a viable alternative to inorganic nitrogen. Legumes can provide a nitrogen benefit to the following crop, but a consistent,…