Flowering is wrapping up and the pods are starting to fill nicely at the site in Medstead. The main racemes have completed flowering while the side branches have a few buds and flowers remaining. Upon scouting through the field, there were no economically damaging pests detected.

The last blog post had a comparison of two plants- one from a treated strip and one from the untreated. The overhead view of the field offered no differences, but when two plants were laid side by side there was a contrast. After going back into the field it’s more likely that the plants picked were different not due to the boron treatment but other factors such as topography or variance in soil texture (It is hard to tell on the picture below but the band of flowering plants along the top of the picture are on a knoll). The aerial view of the site shows that within the strips there are differing areas of maturity that do not follow the trial lines. 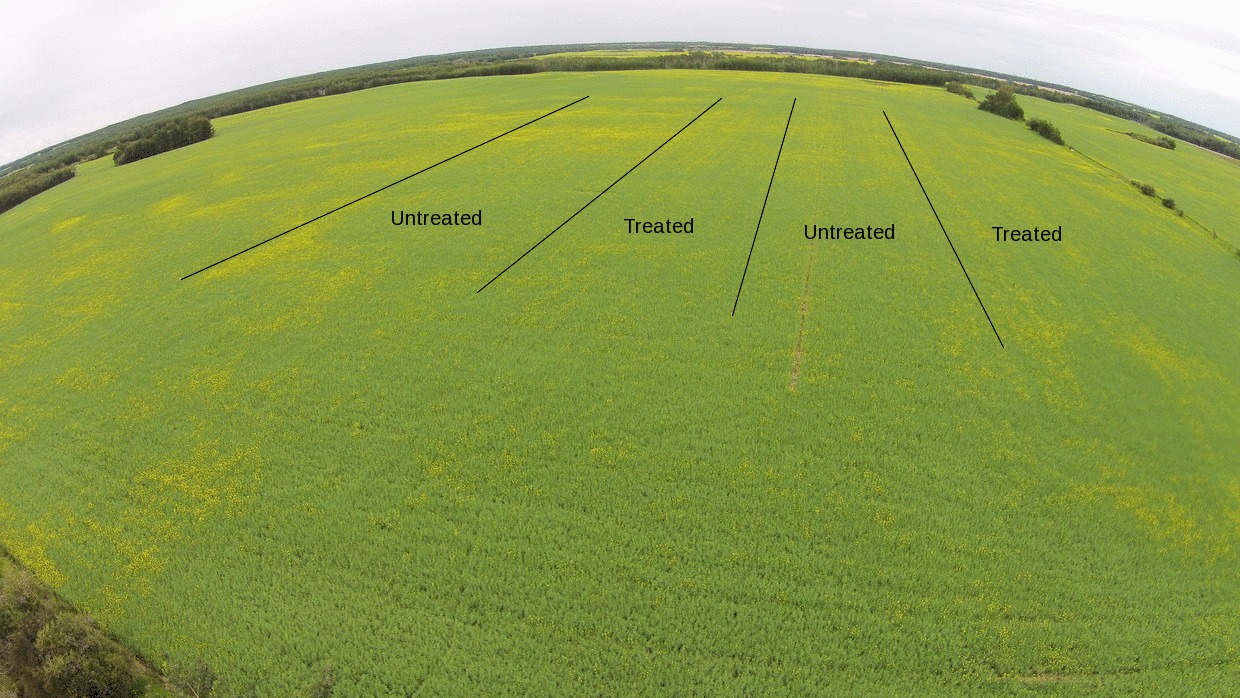 Aerial View of the Site 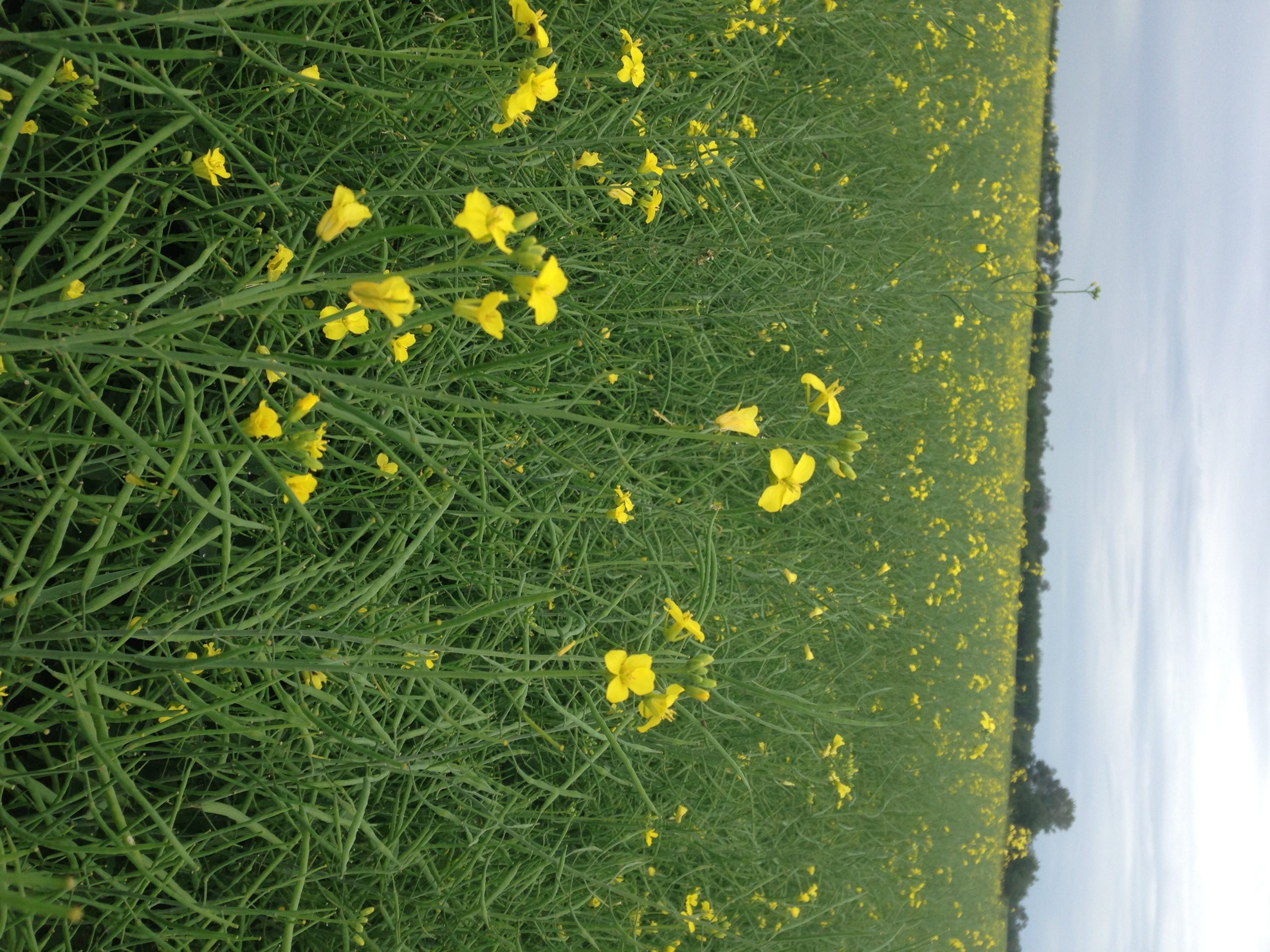 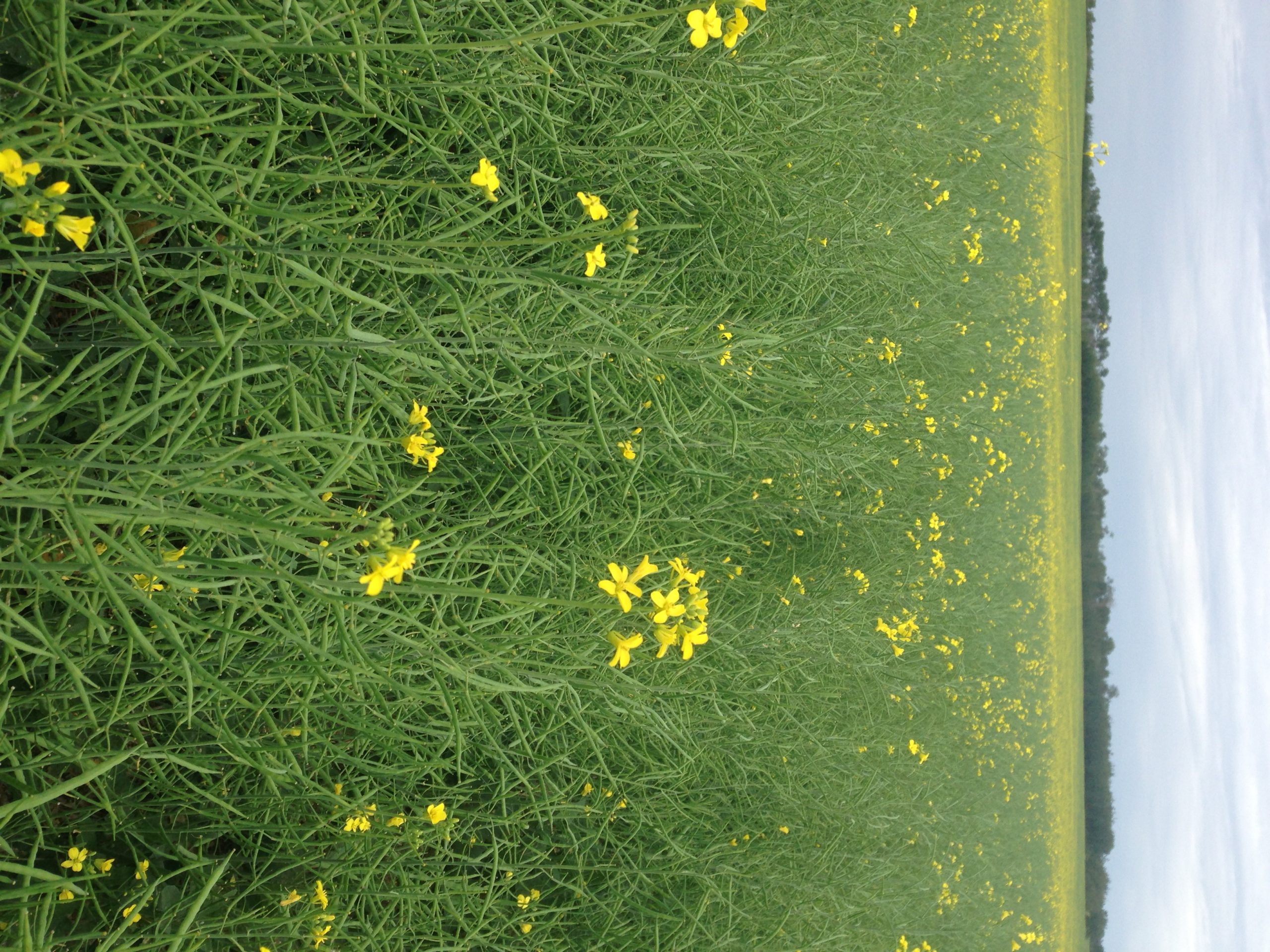 Walking through the field there were no further differences observed within the trial strips. The real test of the trial will come at harvest when the yields will be determined with a weigh wagon.

July 14, 2015 – Medstead Update
Since the last post, conditions in Medstead have become much more favorable!  In the past couple days the area has gotten an inch and 6/10’s of rain, supplying the greatly…
August 6, 2015 – Dreary Day in Medstead
Today was drizzly and dreary but the crop was looking good. The field is coming out of flowering with only a few side branches not completely podded. General Overview of…
July 2nd- Medstead Update
So far there are no variable differences between the areas treated with boron and the areas without. Pictures were taken overhead with the drone and the field was walked. Neither…
July 28, 2015 – Portage UCC Trial Update
Site Update: It’s been a few weeks since my last update, sorry for the delay! I visited the Portage UCC trial on Monday July 27th. There was still standing water…