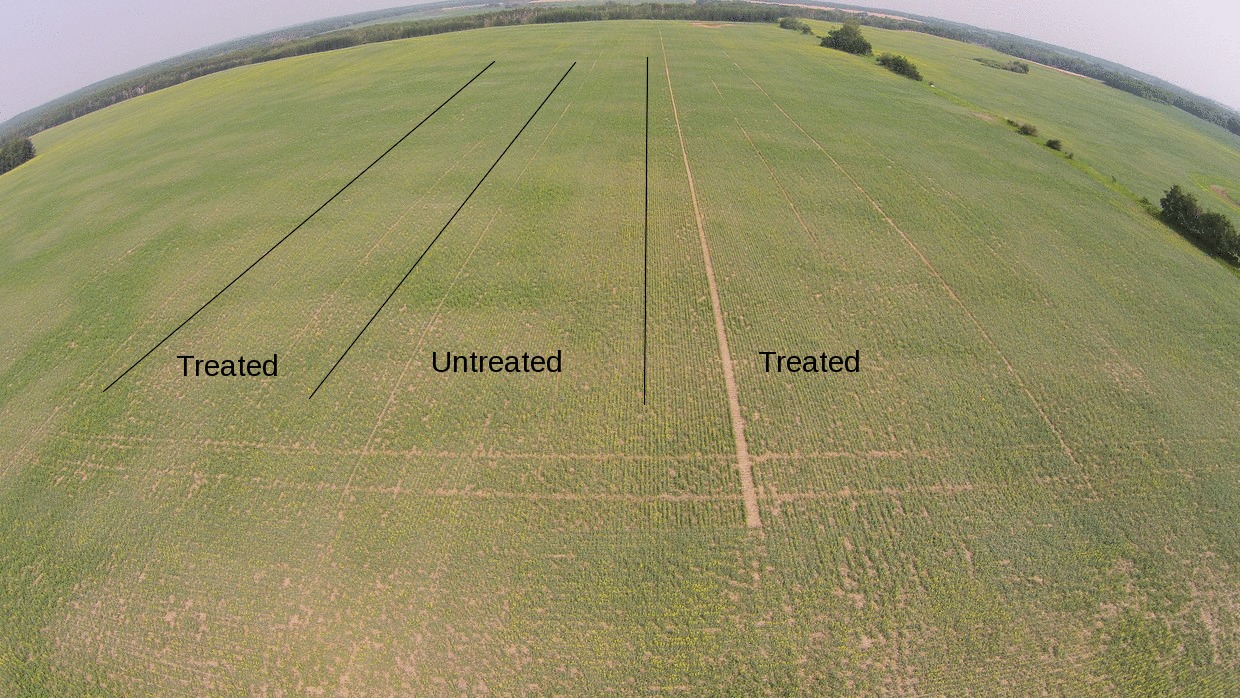 View of the trial site from the air 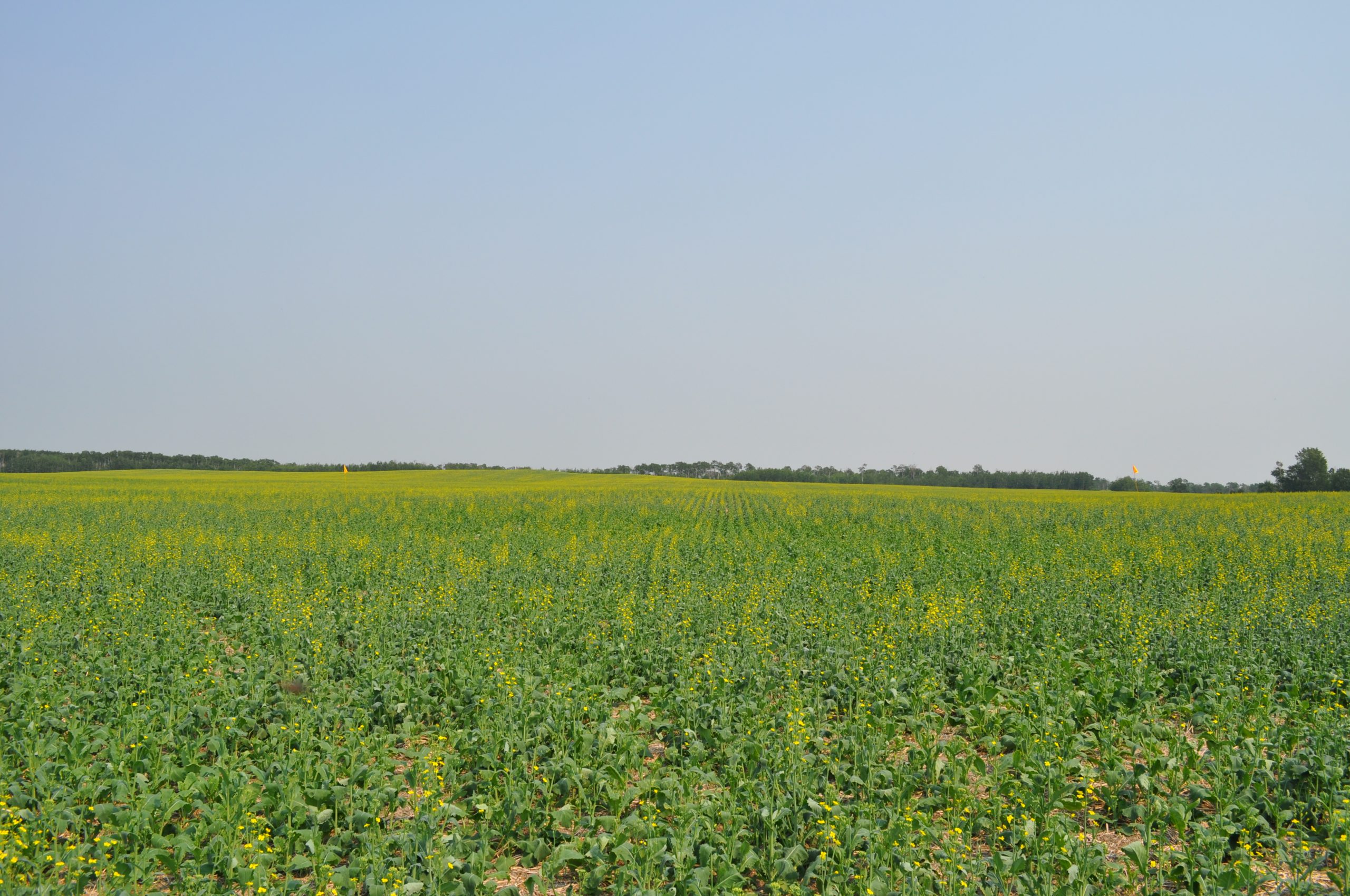 View from the ground – untreated area between the flags

The crop is currently at the 20% bloom stage and in need of moisture. In certain parts of the field the stems have lost enough turgor pressure that they are drooping towards the soil. Since the last post on June 4th the area has received 38.1mm of precipitation ~ 27.8mm less than the same time period last year. 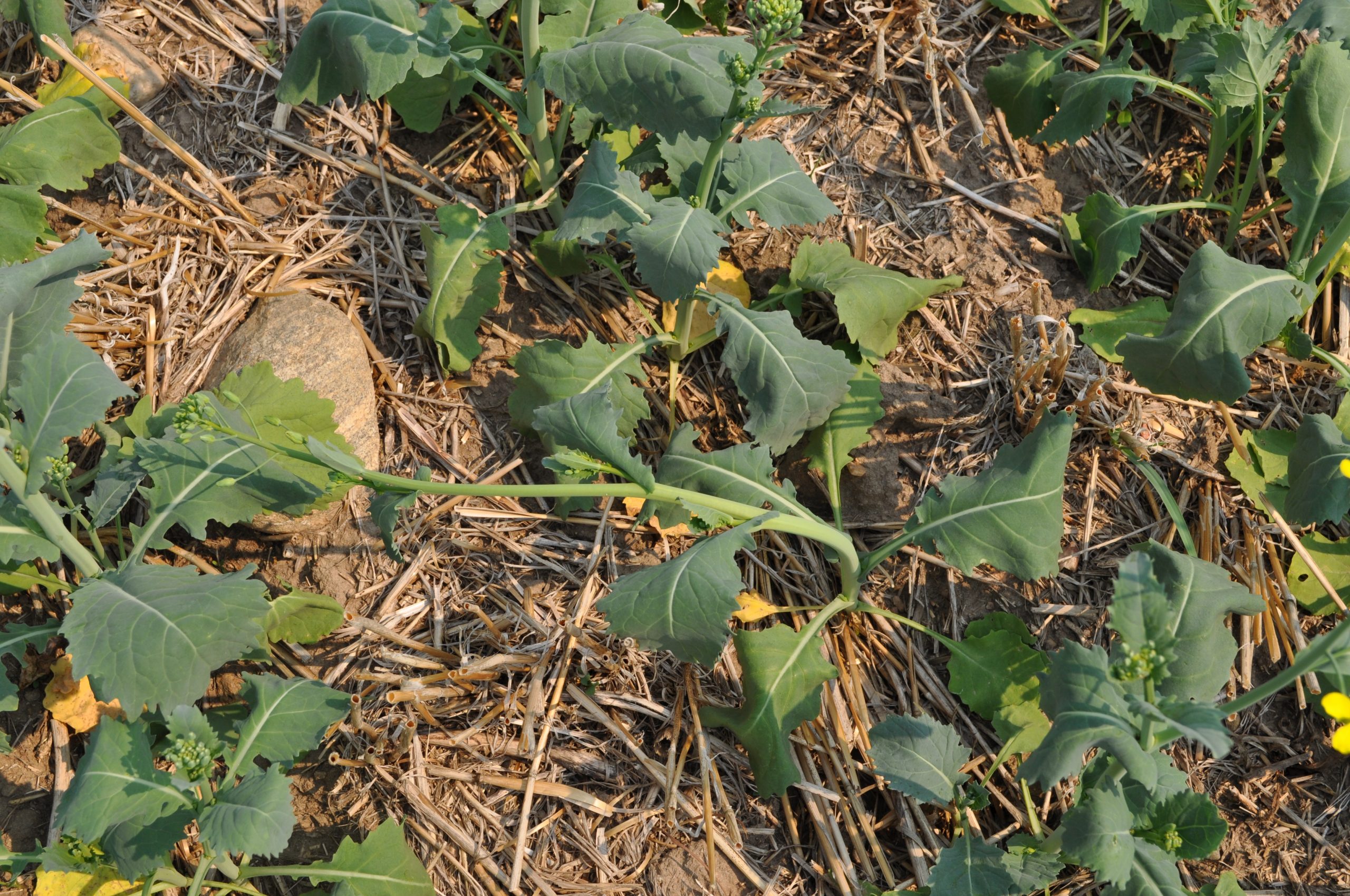 Stay tuned for the next update.

July 14, 2015 – Medstead Update
Since the last post, conditions in Medstead have become much more favorable!  In the past couple days the area has gotten an inch and 6/10’s of rain, supplying the greatly needed moisture. Currently the crop is in 40-50% bloom. When pictures were taken from the air and also from the ground no visual differences were…
July 27, 2015 – Medstead Coming Out of Flowering
Flowering is wrapping up and the pods are starting to fill nicely at the site in Medstead. The main racemes have completed flowering while the side branches have a few buds and flowers remaining. Upon scouting through the field, there were no economically damaging pests detected. Panoramic View of the Site on July 27th, 2015…
June 4th – Medstead SK UCC Site
The Saskatchewan blog posts will be based on the trial site near Medstead which is located 90km north of North Battleford. The site was seeded with the Dekalb 74-44 variety on May 14th, 2015 at a rate of 5.3lbs/acre. The fertilizer was 130-40-0-30 of actual nutrient as liquid sidebanded with 0.3lbs/acre of boron in liquid form.…
July 28, 2015 – Portage UCC Trial Update
Site Update: It’s been a few weeks since my last update, sorry for the delay! I visited the Portage UCC trial on Monday July 27th. There was still standing water in the field because the site had received 4 inches of rain in the past few days. Currently, the canola is at the pod ripening…