Since the last post, conditions in Medstead have become much more favorable!  In the past couple days the area has gotten an inch and 6/10’s of rain, supplying the greatly needed moisture. Currently the crop is in 40-50% bloom. When pictures were taken from the air and also from the ground no visual differences were observed. 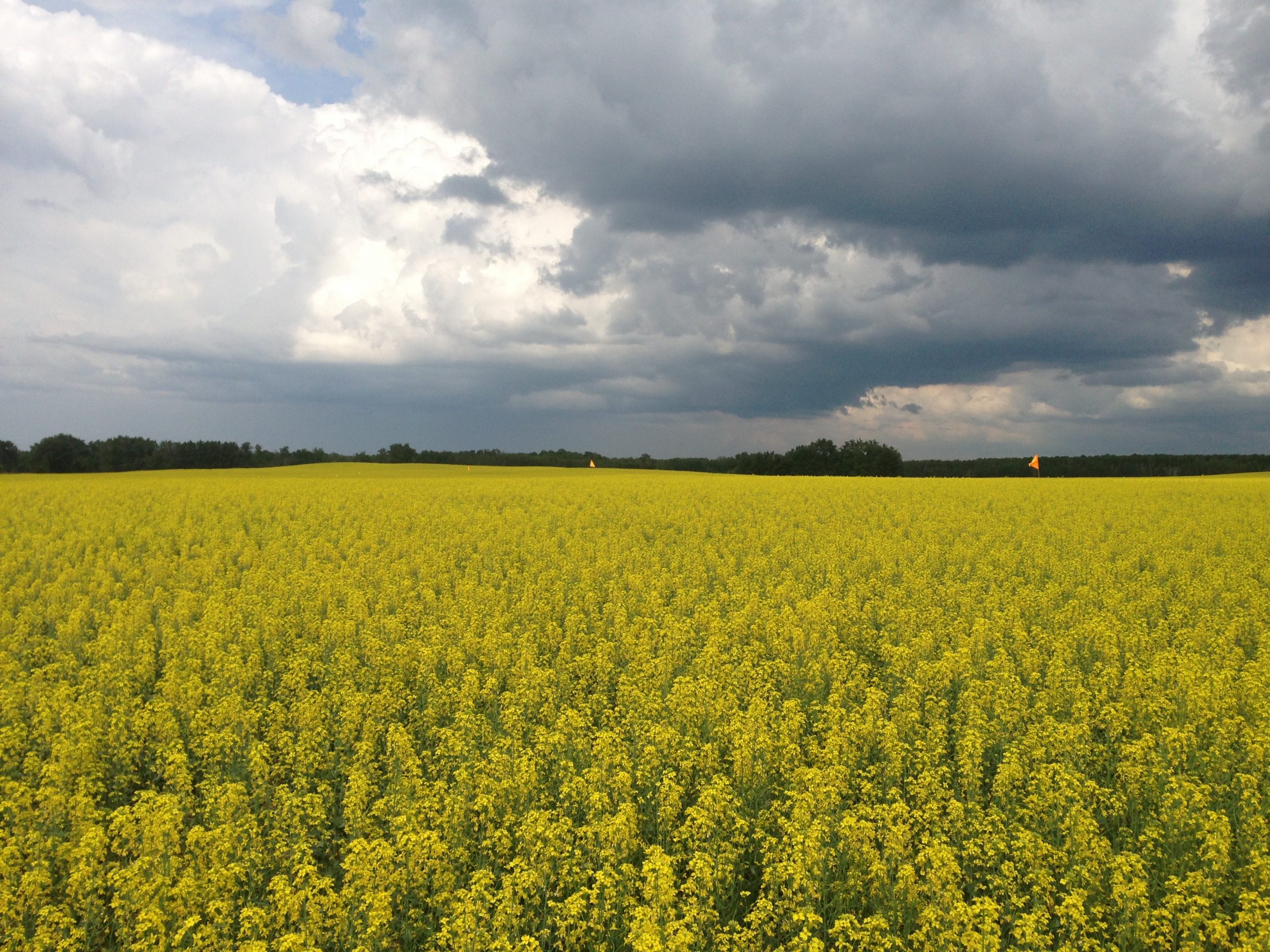 Just for curiosities sake, two random plants were pulled from the field: one from the treated and one from the untreated. Between the two plants there were some differences… 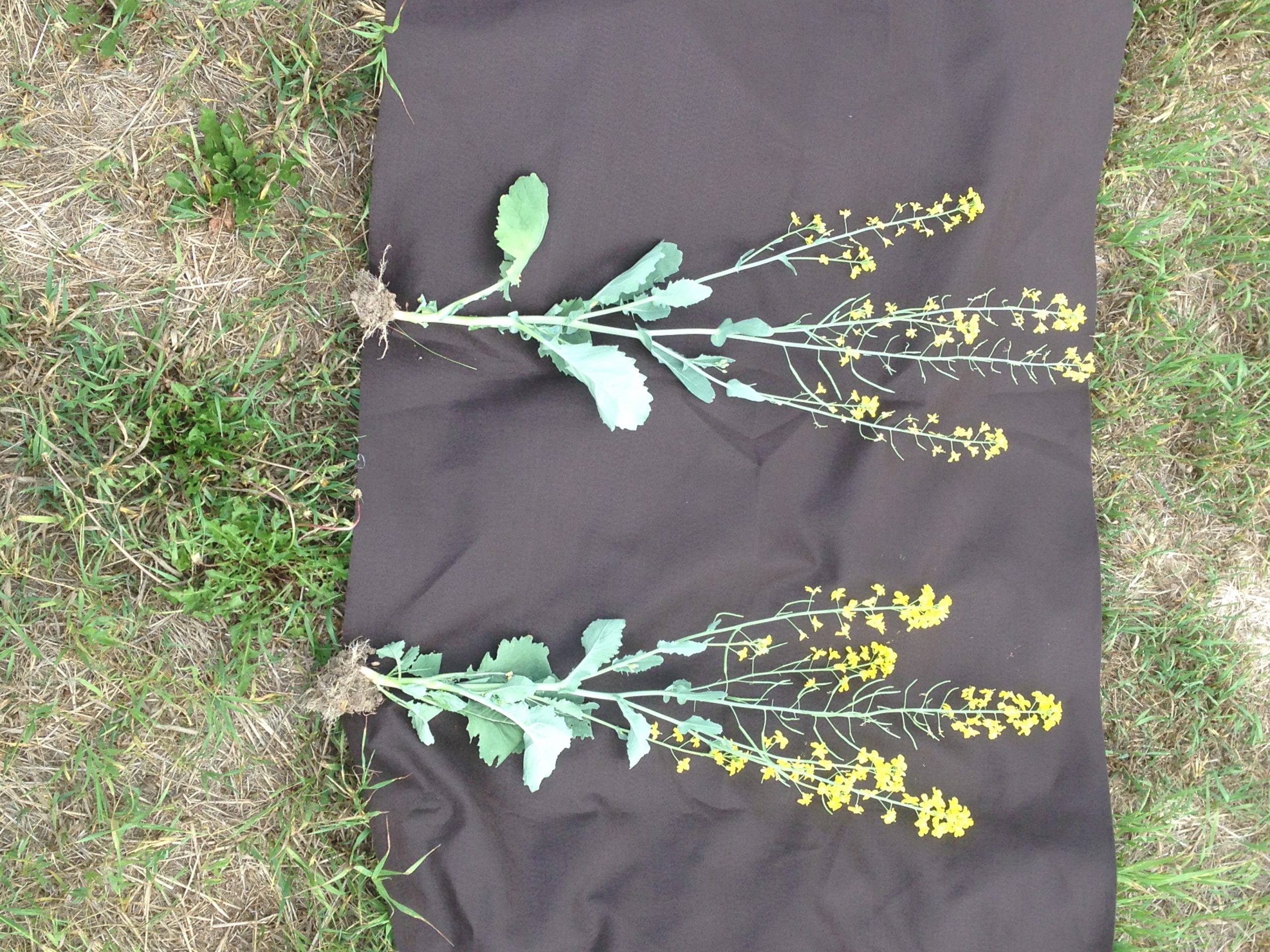 The sample from one of the boron treated strips is on the left and the untreated on the right.

The untreated had more vibrant colored flowers and was not as progressed in staging as the treated. The treated, though more progressed in flowering, did not have the size of pods that the untreated had. Bear in mind that this was simply two random plants that were taken and do not offer significant observations for the field as a whole. On the next visit to the site more plants will be looked at individually between the treated and untreated to see if when they are singled out there are more differences observed.

July 27, 2015 – Medstead Coming Out of Flowering
Flowering is wrapping up and the pods are starting to fill nicely at the site in Medstead. The main racemes have completed flowering while the side branches have a few…
July 2nd- Medstead Update
So far there are no variable differences between the areas treated with boron and the areas without. Pictures were taken overhead with the drone and the field was walked. Neither…
August 6, 2015 – Dreary Day in Medstead
Today was drizzly and dreary but the crop was looking good. The field is coming out of flowering with only a few side branches not completely podded. General Overview of…
July 28, 2015 – Portage UCC Trial Update
Site Update: It’s been a few weeks since my last update, sorry for the delay! I visited the Portage UCC trial on Monday July 27th. There was still standing water…