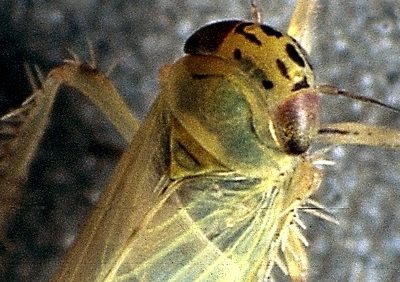 Leafhopper populations are building, which could increase the risk for aster yellows. Even so, there is not really a good case for spraying for leafhoppers in canola. Why not?

1. Leafhoppers tend to come in waves for many weeks, making it difficult to time an application.

2. Early infection is more likely to cause the most severe aster yellows losses, and aster leafhoppers did not arrive early this year relative to crop development. However, does that mean later infection will not cause symptoms. The experts don’t know.

5. Leafhoppers can be found in many crops, and tend to be most plentiful in ditches that provide lots of cover. Base decisions on how many are in canola, not how many are in the ditches, pastures or other fields.

Check strip. If a grower or agronomist does decide to spray for aster leafhoppers, despite the management uncertainties behind that decision, would you consider leaving a check strip and then tell your nearest CCC agronomy specialist about your test? That would allow us to do an accurate comparison of aster yellows in the field prior to harvest.