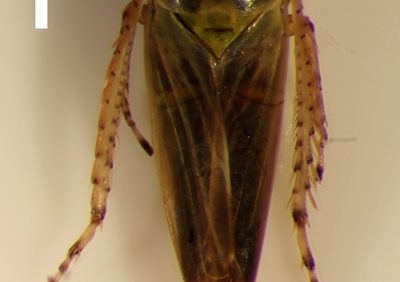 It will come as no surprise, but winds from the deep south have not arrived on the Canadian Prairies yet this year. This is quite different from 2012, when a mild winter and early spring helped make it a bad year for aster yellows in canola in Western Canada. The first south winds in 2012 arrived on April 1, which provided a very early opportunity for aster leafhoppers to migrate up from Texas and surrounding states. This event prompted Canola Watch to offer spring wind trajectory maps for 2013.

The following maps present two different wind trajectory approaches that AAFC and Environment Canada use. A “back trajectory” shows where winds converging on Saskatoon had traveled to get there. We choose Saskatoon for its central Prairie location. Wind patterns will not be identical for the Prairies.

That is why we’ve also included the second type of wind map — a “forward trajectory” — showing where winds from Brownsville, Texas are predicted to go over the next 5 days. Central Texas is a common area where aster leafhoppers (and diamondback moth) winter in large numbers. These insects eventually blow into Western Canada in spring and summer when the south winds arrive. Forward trajectory maps from AAFC and Environment Canada show that winds from Central Texas have been blowing eastward to the U.S. East Coast and have not yet blown north toward the Canadian Prairies.

Delayed arrival of southerly winds in 2013, together with the colder start to the growing season, may lessen the risks associated with these migratory insect pests.

Thanks to Owen Olfert, entomologist with AAFC in Saskatoon, for providing these maps. He will provide Canola Watch with weekly updates over the coming weeks.

Map of the week
This “forward trajectory” wind map shows where winds from Southern California are predicted to travel over the next five days. You’ll see they pass through the mid west and up into Manitoba. Forward trajectories also show winds arriving on the Prairies from Mexico, Texas, Kansas and other southern regions this week. South central U.S. is…
South winds arrive
South winds from Texas and California reached the Prairies in the past week. Texas is one area where aster leafhoppers overwinter in large numbers. Texas winds turned toward Manitoba May 15, and two sites in Alberta — Olds and Beiseker — had Texas winds arrive today. California/Mexico winds have been blowing into the Prairies the…
Aster leafhoppers arrive. Are they carrying aster yellows?
Aster leafhoppers were spotted in North Dakota, Manitoba and Saskatchewan in significant numbers this week. Leafhoppers can carry aster yellows phytoplasma, but the percentage of the population carrying it tends to be quite low. While the insect prefers to feed on cereals, they will feed on canola and carriers will transfer the phytoplasma to canola…
Aster yellows: No evidence of a problem in 2013
Aster leafhopper numbers are quite low so far this year, down considerably from 2012. Aster leafhoppers carry aster yellows phytoplasma, so without leafhoppers to transfer the disease, there is no infection. Based on what we know at this stage, there is no evidence of a significant aster yellows risk for 2013. South winds that carry…