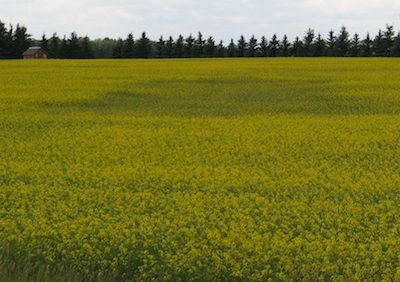 New data from the Alberta clubroot disease survey indicates some forms of clubroot resistance are no longer functioning well against a possible new clubroot pathotype in the Edmonton region.

Dr. Stephen Strelkov at the University of Alberta has investigated samples collected from several fields and verified higher levels of infection than expected in some clubroot resistant varieties. Further studies are underway to verify the true virulence of these clubroot strains.

For these fields in the Edmonton area, it’s like we’re back to 2003 and clubroot has been identified for the first time. Our advantage this time is experience. We know that this disease is aggressive and spreads quickly.

The good news is that we’re likely talking about very few fields and patches within those fields. Clubroot resistance is expected to be functional in the vast majority of acres this year. But attention needs to be paid to prevent this situation from expanding. A new virulent pathotype, if allowed to spread, could set us back to the start of a new clubroot infestation.