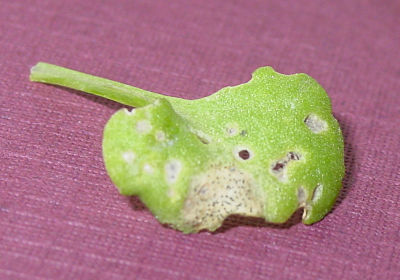 Blackleg infection at or just after the cotyledon stage is the mostly likely to cause any significant yield loss. The critical infection window is cotyledon to four-leaf stage. Later infections cannot move down the plant to cause yield losses.

If fungicide to control blackleg is to provide any economic benefit, it has to be applied very early in the season and the crop has to be at risk of early and fairly widespread infection. This second part is key.

Fungicide is not necessary with good management, including at least a two-year break between canola crops, blackleg-resistant varieties and rotation of genetics. With those three management steps, fungicide to reduce blackleg losses does not usually provide an economic return. A longer rotation – three years or more between canola crops – would further reduce the chances of blackleg infection and fungicide return on investment.

Fungicide application can provide an economic benefit if:

Other helpful decision factors could be:

Evaluate the potential return on investment based on the risk factors described. If it seems likely, registeredfungicides can be tank mixed with canola herbicides as long as herbicide is applied early.

Fungicide will be $10 to $15 per acre, depending on the product and rate. If the situation suggests a return on investment is possible, fungicides can be tank mixed with herbicide as long as herbicide is applied early.