Home / Canola Watch / How to test soils for the clubroot pathogen 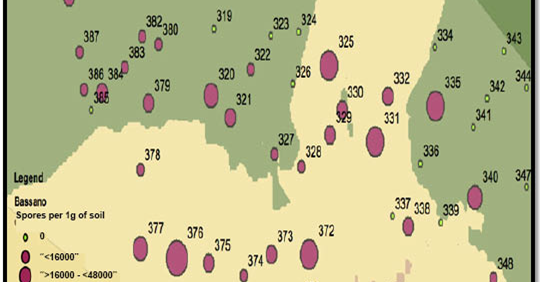 Soil tests for clubroot can have two objectives:

1. Is the clubroot pathogen present? (Yes/No test) This could be done with just one composite sample per field. Take samples (scoops) from higher-risk areas, such as field entrances, low spots or a water run that may bring resting spores into the field. For more refined results, send individual samples from each ‘hot spot’ to better understand the distribution of the pathogen within a field.

Farmers can use a ‘yes’ result to confirm that they should grow clubroot-resistant (CR) varieties. The general recommendation is to use CR varieties as soon as clubroot is found in the area (which are now most areas of the Prairies). A ‘yes’ result should also encourage heightened biosecurity and sanitation measures to keep clubroot from spreading within that field and to other fields.

Experience has shown that a positive result may not immediately lead to noticeable levels of clubroot. Resting spore levels could be too low for infection to be visible. Environmental conditions may not be conducive. Spores may not be viable. But soil tests can complement plant scouting practices for early detection of clubroot.

As a winter project, farmers could save the buckets of sampled soil and use it to grow canola plants to see if they produce galls. Remember, clubroot prefers moist and warm soil so keep the soil wet, but not saturated, and in a warm environment.

Adding to the grey area is that results can be different depending on the lab (results cannot be compared lab to lab because of their different sampling, storage, extraction and analysis protocols) and the soil sampling location.

Eventually other objectives may be added – How many spores are actually viable and alive? What pathotypes are present and at what numbers? – which could be used to choose a variety with resistance to the predominant pathotypes in a field. This test for differing pathotypes, similar to the blackleg system, is not ready but significant progress has been made.

VIDEO: How to scout for clubroot, from Sask Ag