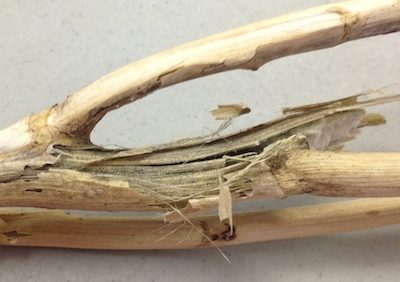 The Canola Council of Canada is working with the Canadian Food Inspection Agency (CFIA) and Manitoba Agriculture Food and Rural Development (MAFRD) to understand the implications of verticillium wilt. MAFRD announced the detection of Verticillium longisporum (a species of verticillium wilt) at a single location in Manitoba in early January.

The Canadian canola industry is already working with the CFIA and MAFRD and taking a collaborative approach to evaluate the prevalence and create a management strategy for this disease.

The Canola Council of Canada’s Canola Encyclopedia is being updated to include verticillium wilt. An entry will be added here by the end of next week.