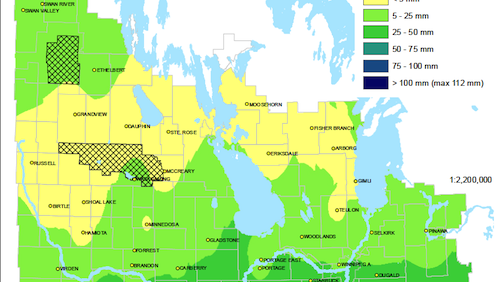 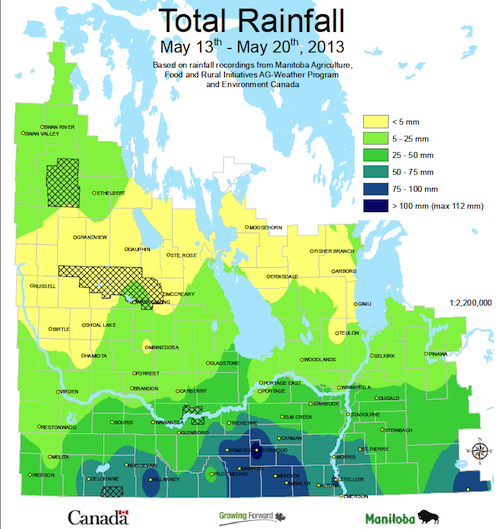 Some parts of Manitoba had 4 inches of rain over the May long weekend, raising concern about drowned seed and seedlings.

A MAFRI report says that under flooding conditions, the saturated soil becomes oxygen depleted. When soil oxygen levels drop too low in the soil, plant respiration changes to a pathway similar to fermentation. While some life-sustaining energy is produced during fermentation, energy production is reduced by up to 95% In a nutshell, the main effect of low oxygen is drastically reduced metabolism, which can reduce yield and, if long enough in duration, cause death to a portion or the entire plant.

Sprouting seeds are vulnerable to flooding/ponding damage as they require oxygen for respiration. The longer it takes for emergence after germination, the greater the chance of stand loss. Saturated soils may also retard or prevent germination because oxygen concentration is too low around the seed. If no germination has occurred, seeds can be cut in half to determine if turgor pressure is still present. If the seed is extremely soft and does not hold form, it probably won’t survive.