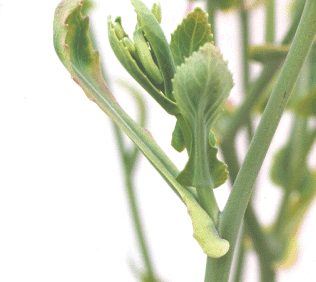 Canola in southern Saskatchewan appeared to have run out of sulphur in some cases, putting a cap on yield potential. Identifying the importance of sulphur to canola is part of the learning curve for many new canola growers in that region.

Canola crops shallow rooted due to ample moisture in the spring may not have reached the nitrogen band very quickly and may not have tapped into deeper nutrient reserves as the season progressed.

Fields with moderate fertility were not as dense, and may not have had as much sclerotinia stem rot. This may have reduced disease losses, but it also kept a lid on yield potential. Cutting fertility to manage disease is probably not as profitable as fertilizing for higher yields and budgeting a fungicide to control sclerotinia.

Finally, with extreme dry conditions in some regions, canola may not have been able to use all nutrient reserves. Residuals may be high.

Management for 2013: If nutrient reserves were not utilized because of environmental extremes, where are these reserves? How big are they? Soil tests will help determine this carryover. Because some may be concentrated at lower depths, growers may consider submitting 0-6” and 6-24” samples.

If crops (including non-canola crops that will precede canola in 2013) had heavy biomass but low yield, nutrient in the biomass will remain in the field but might not cycle back into available forms in time for next year’s crop.

Still time for a crop nutrition top up
Rainfall has renewed optimism in many key canola growing regions. Growers still have time to top up nitrogen and sulphur to take advantage of higher yield potential. Nitrogen should be applied before the 5-leaf stage to provide a strong economic benefit. Sulphur can be applied up to bolting. Click here for top up tips and…
Moisture is the top sclerotinia risk factor
Growers with high risk conditions for sclerotinia stem rot may want to get their management plan in place. Booking fungicide may be worthwhile if you have a preferred product. This is pre-planning only. Fungicide applications must target flowers to be effective, so do not spray until a field reaches at least 20% flowering. The following…
UCC 2014 big on crop nutrition
Canola profits tend to benefit most from a nutrition plan that includes nitrogen, sulphur and some seed-placed phosphate. But what about potassium? Or micros? The Canola Council of Canada’s Ultimate Canola Challenge (UCC) will continue for 2014, with 15 sites across the Prairies. UCC will include many of the same comparisons as 2013, looking at…
Factor: Excess rain
The Parkland region, in general, experienced more rain throughout the season. Many acres were drowned out, and others that survived faced rains every few days. This was perfect for disease, and in these regions, disease — sclerotinia stem rot in particular — was the biggest yield limiting factor. Big lush plants also made the crop…