Home / Canola Watch / Canola not the best for fresh-broken pasture 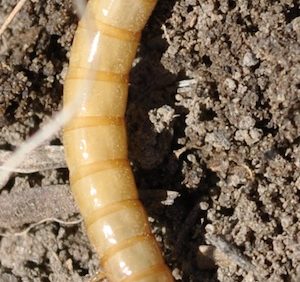 Canola is not the best crop for going into freshly broken pasture because:

Competition. Pastures are primarily perennial plants and weeds, which will provide heavy competition all season long, even when using Roundup Ready canola and a glyphosate pre-seed burnoff. During pre-seed burnoff timing, flow within the perennial plant is up from the roots to the new growth. Glyphosate will provide fairly good top growth control, but the active ingredient will not move down into dormant buds on the roots — which are the key targets for effective perennial control. With in-crop glyphosate application, two one-half litre rates may not take care of perennial forage plants surviving initial management efforts.

Poor seedbed. Large chunks of sod still present in the field  can impede good seed to soil contact — which is important for canola seed survival and emergence.

Low nutrient reserves. Pasture and hayland can be very nutrient deficient. What nutrition does remain will be tied up by microbes breaking down the large amounts of plant residue.

Low moisture reserves. Subsoil moisture tends to be lower in pasture and hayland, especially following a normal to dry year.

Carryover herbicide. If the pasture was sprayed for weeds, what product was used? For example, Escort and Telar present a herbicide carryover risk for canola.

Generally poor land. Why that field was in pasture in the first place? It may not be highly productive land. In general, growers should lower their yield expectations for canola seeded into fields taken out of pasture and hayland. They should also evaluate each field to determine if canola is really the best crop choice. Click here for more tips on sod seeding.

Careful with canola seeded into pasture or hayland
Fields taken out of pasture or hayland last year and planned for canola this year could have high wireworm and cutworm populations. Wireworms can wipe out a whole field of canola and no seed treatment or spray is registered for wireworm control in canola. Growers will want to get down with a trowel and sifter…
Insect update: Wireworms and cutworms
Cutworm survey. The Canola Council of Canada is looking for growers willing to collect cutworms for research. Cutworms are an increasing threat to canola and other crops, and growers will benefit from knowing more about this native pest. At least seven cutworms species can cause economic damage to Western Canadian crops. We often generalize when…
Learn to identify pest cutworms
Cutworms are showing up in big numbers in some fields across the Prairies, particularly in northeastern Alberta. Check emerged canola crops for bare patches, holes or notches in foliage, and clipped plants — telltale signs of cutworm feeding. At least four cutworm specifies may damage canola: pale western, redbacked, army and dingy. Dingy and army…
Seeding into forage land
Transitioning land from perennial forages to annual crops is best done with herbicide applications the fall before. Brome and fescue can be hard to kill, and growers will be fighting these plants all season if they weren’t first sprayed last fall. Tillage may do a better job of removing these weeds, but numerous passes may…