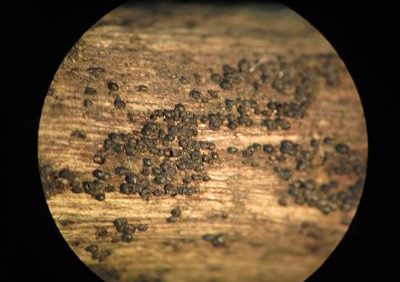 Historically, disease management — blackleg specifically — was the key driving factor behind the recommended one year in 4 canola rotation. Blackleg lives on stubble for 18-24 months. Since the disease is initiated from infected canola residue, a break of 3 years between canola crops was needed for that residue to decompose to significantly reduce the blackleg threat the next time growers seeded canola on that field. Then came blackleg resistance in canola varieties in the mid-‘90s, which reduced the need for rotation to manage blackleg. Growers took advantage and went to tighter rotations. But blackleg resistance is starting to show cracks in some areas where tight canola rotations have become normal practice.

Canola growers need to asses the risk that blackleg poses to their production. Scouting is essential to identify the disease and to determine its severity and the risk it poses to production. If the disease is identified in a canola crop, and it is severe, then this is a high risk field and additional measures are needed. (See blackleg photos below.) Growing the same variety will put the grower at even greater risk. Using a fungicide can bring the risk down. Extending the rotation between canola crops will bring it down further. Rotating to a new variety with a different source of resistance even further.

Clubroot-resistant varieties are effective, but to keep that single-gene resistance viable for the long term, growers may need to use longer canola rotations and rotate between varieties with different sources of resistance. Clubroot resistance is not expected to be durable and can be put at risk within two cycles of canola crops on a field. Extending the rotation length between canola crops and rotating between the 2 major clubroot resistance suppliers will reduce this risk. For growers who have discovered clubroot recently, taking measures to isolate infested areas within a field can have a long term financial benefit. Effective measures include reduced tillage on those fields, seeding those fields last to limit spread of soil to other fields, and cleaning equipment before leaving those fields.

Rotating fungicides. Pathogens can become resistant to certain active ingredients, and fungicide rotation is often recommended — especially when applying fungicide multiple times per year. This may be more important for potato and chickpea growers, but in the case of sclerotinia — a pathogen that infects a variety of crops — growers may want to consider rotating between fungicides if they grow a number of sclerotinia-susceptible crops in their rotation. If you have limited fungicide group options for sclerotinia control in other crops, canola may be your best opportunity to rotate fungicide groups. Registered canola products include fungicide groups 2, 3, 7, 9, 11, 12 and biofungicide. 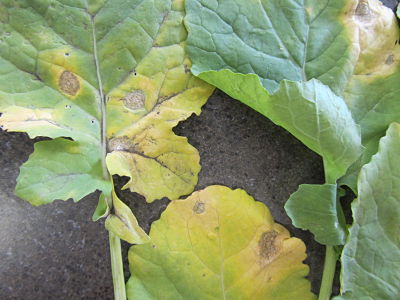 Blackleg and tight rotations
A one in four or one in three canola rotation is still the best way to manage blackleg. A one in two year rotation, no matter how one manipulates it,…
Rotations tighten, disease risk rises
While the recommended rotation for disease management is to seed canola once every four years, more growers are using a three-year or two-year rotation. This year we’ve heard more talk…
New CCC video: Blackleg Disease and Resistance Management
A vivid new video from the Canola Council of Canada zooms in on blackleg, showing how the canola disease infects a plant, how it spreads throughout a field, and what…
Rotations and risk management
Blackleg disease rating: 2 The Canadian canola industry’s strategic plan, which sets a production target of 26 million tonnes by 2025, is based on canola acres at or below 22…