Home / Canola Watch / How much fertilizer does canola need? 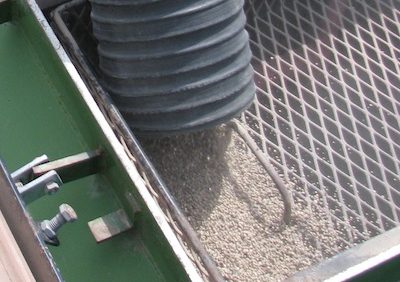 Farmers can enhance canola profitability with a fertilizer program based on yield goals and current soil nutrient levels. Canola in Western Canada generally needs nitrogen, phosphorus and sulphur fertilizer each year, and a small percentage of fields will also benefit from a potassium application. Listen to an interesting Canola Watch podcast panel on fertilizer planning.

The following article explains what canola needs. Nutrients in soil and crop residue will provide some of that need. The rest will come from fertilizer.

Overall need: The Canadian Fertilizer Institute factsheet, “Nutrient Uptake and Removal by Field Crops,” produced in 2001, says nitrogen uptake for a 35 bu./ac. canola crop is 100-123 lb./ac. of actual N. That works out to 2.9 to 3.5 pounds of available N per bushel of seed yield.

In 2005, Rigas Karamanos, a soil scientist with decades of experience in western Canada, published results from a Western Canada study* that found high-performance hybrid canola could generate much higher yields than non-hybrids using the same applied nitrogen rates. He found that with higher yields (say 50 bu./ac. or more), nitrogen uptake for hybrids was as low as 2.1 lb./bu.

As of 2018, Karamanos says an appropriate range for nitrogen uptake is 2 to 3 pounds of available N per bushel of seed yield.**

Soil reserves: Soil tests will indicate soil reserves, but available carryover nitrogen can be difficult to predict. Often about half the soil test N is immobilized and not available to this year’s crop.

Mineralization of soil organic matter (OM) will provide available nitrogen to the crop, but the amount varies widely based on soil type, soil OM levels and moisture. In general, OM can generate 6 to 30 pounds of available nitrogen per acre for each percentage point of OM. Rigas Karamanos uses 14 lb./ac. per OM%. Of that amount, only 80% is available to the crop that year. Using Karamanos’s number, soil with 4% OM will supply 45 lb./ac. of N through the growing season (4 x 14 x 0.80 = 45). He adds that mineralization can increase by up to 25% with more than average moisture be 25% lower in drier conditions, which makes predicting mineralization rates a challenge.

Losses should also be considered. High straw loads and poor fertilizer placement (such as broadcasting) mean more N than normal may be immobilized or temporarily tied up early in the season when canola is needing nitrogen. North Dakota State University (NDSU) estimates about 30 lb./ac. of N is immobilized for every ton per acre of cereal straw.

Of the N canola takes up, around 70% is removed with the seed and 30% is returned to the field in the residue.

Of the phosphate canola takes up, around 67% is removed with the seed and 33% is returned to the field in crop residue.

Soil reserves: If soil tests show available P levels at less than 10 parts per million (20 lb./ac.), this is considered “low” and growers may want to use a rate higher than crop removal to build soil reserves. At a soil test of 10-20 ppm, rates that match removal are recommended.

For a 50 bu./ac. canola crop, the “removal” rate would be over 40 lb./ac. of phosphate (80 lb./ac. of MAP, for example). Of that, a safe seed-placed rate of 20 lb./ac. of phosphate will ensure that canola has access to phosphate fertilizer and the benefit of early pop up, which is especially important when seeding into cool soils with low P levels, into soils with pH outside the sweet spot of 6.5-7, and in short-season areas. The rest can go with the nitrogen blend placed outside the seed row, ideally in a band.

Overall need: Canola needs 0.5 to 0.8 pounds of sulphur (S) per bushel of yield, making it a high S-using crop. The high end of this range is higher than what was stated in the CFI 2001 factsheet.

Soil reserves: Fertilizer rate recommendations are based on the total need (uptake) minus the soil reserves, however a fair estimation of soil reserves is not always possible with a soil test. That’s because S is often highly variable across a field – it might be 10 pounds per acre in one corner and 2,000 pounds in another. If soil is low in S, fertilize according to soil test recommendations. If soil is moderate or high in S, some S in the fertilizer blend – say 10-15 lb./ac. – may be required to offset the high amount of S-test variability in a field.

Soil reserves: Canola is an excellent scavenger of K in the soil and because the relatively “young” Prairie soils continue to produce plant-available K through break-down of clay minerals, canola crops have rarely shown a response to K fertilizer. But if soil tests show less than 250 pounds per acre (125 ppm), canola may benefit from a K application.

Long-time Alberta soil scientist and fertilizer expert Ross McKenzie estimates that 20-25% of fields on the Canadian Prairies could have soil K levels in the deficiency range for canola. He says soils most likely to show K deficiency are intensively cropped, coarse textured (sandy loam) and tend to be in the higher precipitation regions in the Black and Gray soil zones.

Canola takes up more boron than other micronutrients, but amounts are still low. Tissue analysis of canola at flowering show sufficiency at these levels: 29 parts per million (ppm) for boron, 19 ppm for iron, 14 for manganese, 14 for zinc, 2.6 for copper and 0.02 for molybdenum.

The Canola Council of Canada boron trials, done as part of the Ultimate Canola Challenge for 2013-15, found no consistent yield benefit from boron treatment, including in those plots with very high yield results. Read more.

Moisture is a major limiting factor for canola yield potential and must be included when setting fertilizer rates and budgets. Although dependent on evapo-transpiration potential, the general rule is that canola needs an inch of available moisture through the growing season for every 4 bushels per acre of yield potential. A 50-bushel crop will need roughly 12 inches of moisture.

Increase fertilizer rates to match yield potential
In a recent survey on agronomic practices, the Canola Council of Canada found that, on average, growers were applying 79.5 lb./ac. of actual nitrogen, 25.8 lb./ac. of phosphate (P2O5), 4.9 lb./ac. of potassium (K20) and 13.6 lb./ac. of sulphur to their canola fields. This may not be enough for high yielding canola. Canola that yields…
Timely fertilizer management topics
How much fertilizer does canola need? Nitrogen: Nitrogen uptake is 2 to 3 pounds of available N per bushel of seed yield. What soil reserves and mineralization do not supply must come from fertilizer. Phosphorus: Current recommendations are 1.25 to 1.5 pounds of phosphate per bushel of yield. Sulphur: Canola needs 0.5 to 0.8 pounds…
Why limit seed-placed fertilizer?
The safe recommendation for seed-placed fertilizer for canola is this: Apply no more than 20 lb./ac. of phosphate in the seed row. Place all other fertilizer, including extra required phosphate, in a side band or mid-row band where it will not harm germinating seeds. Why limit seed-placed fertilizer? Generally, small-seeded crops such as canola are…
Know your sulphur product
Canola needs 0.6 to 0.8 pounds of sulphur per bushel of yield — or 30 to 40 pounds for a 50-bushel crop. To make up for high variability of soil sulphur reserves across a field, growers will often apply 20 pounds or so of actual sulphur for canola each year. Sulphur does not provide a…