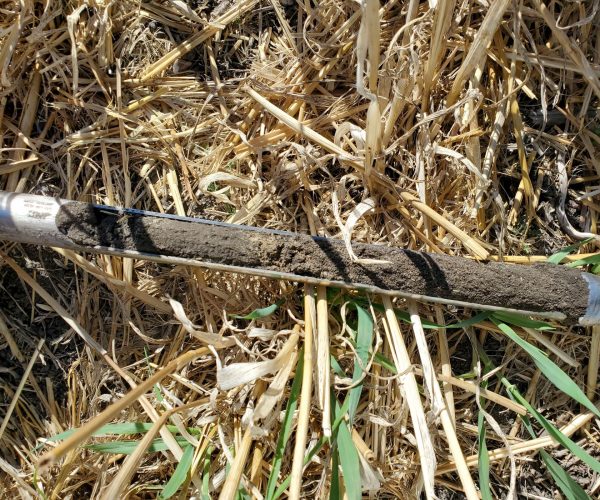 There are several unknowns (environmental and otherwise) prior to the start of the growing season, but pre-season planning and decision-making can still occur with quality data and available information. For growers and agronomists following 4R Nutrient Stewardship practices, preparations can include assessing multiple years of soil test results on each field to try and optimize fertilizer applications. Effective soil test-based fertilizer recommendations should consider both the current pool of available nutrients present at seeding and the potential supply of nutrients from soil during the growing season, according to Kabal Gill of Smoky Applied Research & Demonstration Association (SARDA). However hesitancy about soil testing remains for some who question its effectiveness and the economics of it. The following research investigates soil test-based recommendations and other early season options, such as seeding systems.

This study investigated the effects of different soil test-based fertilizer rates and seeding systems (direct seeding and conventional tillage) over six growing seasons (2010-2015). Fertilizer rates were tested at 0, 60, 100 and 140 per cent of the recommendation in a canola-cereal (wheat or barley) rotation, based on annual soil tests for depths of 0-6 and 6-12 inches. The amounts of nitrogen, phosphorus, potassium and sulphur nutrients were calculated for each treatment.

Key findings and subsequent recommendations based on these results, include:

Check out the links to Alberta Canola’s final report and read the rest of the Assessing current soil test based fertilizer recommendations for direct seeding systems to optimize crop production and contribution margin summary on the Canola Research Hub.

More fertility and nutrient management research can be found:

For more information on soil testing, check out:

To determine the effect of different fertility rates on your canola fields, try implementing an on-farm research trial using the Canola Council of Canada’s On-farm research protocols and corresponding trial data collection sheets, which were utilized during the Ultimate Canola Challenge program.

The 2016 Ultimate Canola Challenge program tested the canola yield impact of an 25 per cent increase in recommended nitrogen rates. Based on the results, it was concluded that “overall (when all six sites were considered) there was a statistically significant response to the application of 25 per cent additional nitrogen (of the recommended rate)”.

When considering carrying out a on-farm trial, check out this 2021 Canola Digest: Science Edition article: How an on-farm trial can be like a vacation (pictured and hyperlinked).

Manitoba farmers interested in on-farm research will be pleased to know that Manitoba Canola Growers are in the process of establishing a farmer funded, farmer directed, canola on-farm research program that will launch a pilot program in the 2022 growing season. This program will be focused on including farmers in the research that will help them make meaningful productions decisions on their farms using scientific research methods.

Read more about it on the Manitoba Canola Growers website.