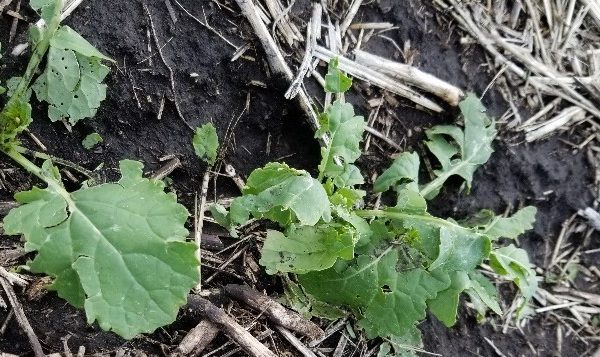 High commodity and input prices emphasize the importance of economics and can put pressure on crop rotations. One way to help increase profits, which is a key agronomic priority of the Canola Council of Canada, is by applying the right fertilizer source at the right rate, right time and right place (4R Nutrient Stewardship practices) to improve yield. This includes setting fertilizer rates based on soil test recommendations for target yields. These practices also support potential ways to prepare for a growing season following a drought, along with using soil tests, which help growers assess soil nutrient circumstances.

Soil testing is not only a part of 4R Nutrient Stewardship, it may also be a critical option for growers that choose a short rotation this year. Dumonceaux and Helgason’s recent crop rotation research indicates that “soil-test based fertilizer management may be an important tool for ensuring adequate nutrient supply for short rotations”. More details and conclusions from this research are covered in this blog.

In the ‘Canola frequency effects on nutrient turnover and root-microbe interactions‘ study, Dumonceaux and Helgason examined canola root systems in three different rotations: canola; canola-wheat; and canola-pea-barley to provide producers with data on the biological effects of their rotational choices. These biological impacts included nutrient fluxes during flowering, root exudates that shape the root-associated microbial communities and characterizing the resulting microbial communities.

Leveraging the efforts of a long-established crop rotation study, the researchers were able to take samples from the canola year of well-established rotations (in years 11 and 12 of the larger study). Samples were collected at three locations (Scott, SK; Swift Current, SK; and Lacombe, AB) that represented a variety of soil types (brown; dark brown; and black) in 2018 and 2019.

Probes were used to examine the flux of nutrients available to canola roots, and ion exchange chromatography to determine the organic acids produced by the canola plants. Bacterial and fungal communities were also characterized using DNA sequencing of the soil, rhizosphere and roots.

Since the effects of long-term canola on nutrient fluxes during the critical period of flowering were transient and site-dependent, the researchers speculated that the addition of rotation–specific fertilizer each year based on soil tests helped to ensure adequate nutrient availability for crop growth. They also suspected it was soil and environmental factors (such as precipitation) that led to the differences in nutrient fluxes, which indicates that soil-test based fertilizer management may be an important tool for ensuring adequate nutrient supply for short rotations.

Crop rotation was determined to have a stronger impact on the fungal communities than the bacterial communities. Crop rotation also affected the abundance of fungi associated with both detrimental and beneficial effects on crop production, with the effect most pronounced in and near canola roots.

Root exudate production was affected by continuous canola, resulting in differences in the fungal microbiome associated with canola roots. In particular, continuous canola resulted in a predominance of a fungus identified as Olpidium brassicae, a poorly understood root colonizer.

These findings highlight the importance of considering the impacts of crop rotation strategies on the microbiota associated with canola roots, and demonstrate that the fungal biome is more affected by continuous canola than the bacterial community.

Fungal community structure on the other hand, was consistently affected by crop rotation at all sites in the root, rhizosphere and bulk soil. This suggests that increased frequency of canola in rotation is fundamentally changing the composition of fungi in all of these environments with likely impacts for nutrient cycling and crop performance. The stronger impacts of crop rotation on the fungal community may be related to the fact that canola is a non-mycorrhizal crop and thus with increasing canola frequency there will be a selective pressure (lack of a host crop) on these important symbionts.

Although arbuscular mycorrhizal fungi (AMF) wasn’t examined directly, shifts in AMF abundance and/or diversity may have had cascading effects on the broader fungal community. Digging deeper in the changes in key species within the bacterial and fungal communities, the researchers found that crop rotation did have impacts on the abundance of individual organisms, particularly fungi.

These differences in the prominence of individual fungi and bacteria were greatest in the soil and rhizosphere indicating that the primary impact on function was more likely related to nutrient cycling and/or decomposition than to disease.

Further research is needed on the relationship between O. brassicae and canola to determine whether this dominant root fungus plays a role in the disease profile of canola roots. For example, it is possible that O. brassicae could exclude other root pathogens by “competitive exclusion” (by dominating the environment and preventing colonization by more virulent pathogens).

For more canola research on nutrient management or other agronomic topics, see the Canola Research Hub.