Home / Canola Watch / How early is too early to seed? 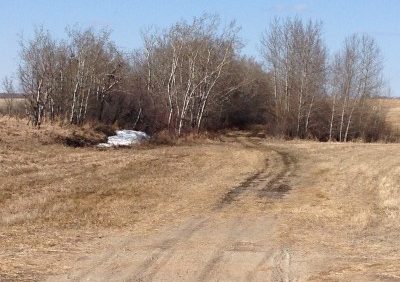 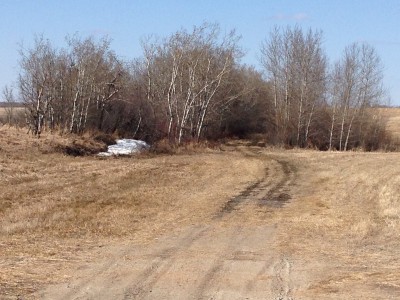 Early seeding usually improves canola yield potential and quality, in large part because earlier crops tend to flower before the hottest days of summer. But the yield benefits of early seeding depend on survival of a sufficient plant population — ideally 7 to 10 plants per square foot, and a minimum 5. An early-seeded crop that is thin and uneven because of frost, for example, will not meet yield and quality expectations.

Typically, the maximum yield benefit comes when canola is seeded in late April to mid May and gets up and growing fairly quickly. The exact window depends on the region and the season.

Before making the decision to seed earlier than usual, consider:

Typical date of last killing spring frost. Canola seedlings can typically withstand some light frost (e.g. -2 C to -6 C) without significant mortality, but crop development may be delayed in those situations. Higher mortality occurs when the frost happens the morning after warm to hot spring days. Average date of last spring frost.

Soil type. Making use of available spring moisture may be more critical on coarse textured soils with less water holding capacity. Potential for compaction from heavy rains following seeding, which can increase stress on seedlings emerging in cool conditions, is lower on sandier soils.

Seed treatment. Seed that takes 2-3 weeks to emerge may not have much seed treatment protection left, so scout often for flea beetles.

Seed placement. Seeding at a consistent and shallow depth with reduce the days to emergence.

Seeding rate. Set a seeding rate that targets higher plant densities, perhaps 10 per square foot, if seeding very early. This cushions the impact of spring frost or diseases by allowing some plant mortality without an immediate effect on yield potential.

Weed control opportunity. Rather than seeding too early, this might be a better time to control weeds. University of Saskatchewan research has shown that early application of preseed herbicide treatments provide greater yield benefits for later seeded crops than waiting until immediately prior to seeding.

Is it too early to seed?
Very early seeding increases the frost risk and may not provide a yield advantage over your regular early seeding date. Early seeding usually improves canola yield potential and quality, but…
Pros and cons of early seeding
If you have perfect seeding conditions in late April, should you seed canola? Early seeding usually improves canola yield potential and quality, but these benefits depend on survival of a…
Tempted to seed early? Think frost
Warm soil temperatures and decent soil moisture in most regions will mean rapid emergence. Seed put in the ground today could be up in seven to 10 days. (The graph…
Early seeding in Southern Alberta
A mild spring and little snow has given growers in Southern Alberta an opportunity to seed canola early again this year. Seeding canola early is generally the best bet for…