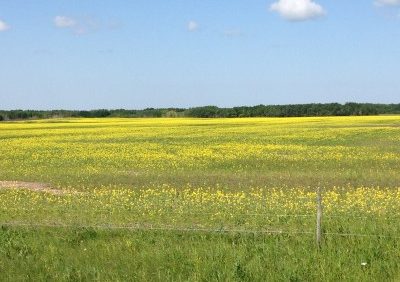 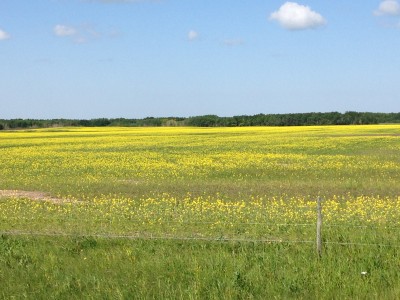 Growers in many regions are reporting canola fields that just don’t look as good as usual. Many are thin stands with weak plants and variable stages of maturity. Here are 10 most likely reasons.

1. Excess moisture. This can create all sorts of problems for canola, including poor seed placement, nutrient loss, poor root development, seedling diseases and an inability to manage weed competition. Many plants may have been lost altogether. More.

2. Shallow rooting. Canola with ample to excess moisture early in the season may not develop the deep root system it needs to access nutrients later in the season when rapid growth resumes.

3. Lack of nutrients — as a result of nutrient loss. Excess moisture can leach nitrogen and sulphur out of the root zone and bring an increase in nitrogen denitrification. This effect will be made worse by shallow rooting. More.

4. Lack of nutrients — as a result of high yields last year and no increase fertilizer this year. Soil nutrient reserves may be very low, and if it looks like the crop is running out of gas, well, it might just be. How much fertilizer does canola need?

6. Heat. Canola doesn’t like a lot of heat, and heat at flowering can cause flower abortion and a major drop in yield potential. See the article in this issue.

7. Drought. While some areas have excess moisture, other areas — including many parts of the Peace region — are short quite a few inches of rain.

8. Root maggots. Tight canola rotations can increase root maggot levels, and root maggots can cause a stealthy loss in plant health. We probably shouldn’t single out root maggots, as cutworm, flea beetles and other insects can delay growth and thin out stands, but root maggots were noticed in canola fields this week. More. Take this week’s quiz.

9. Root rot or foot rot. Like root maggots, these diseases seem to be popping up in higher numbers across the Prairies this week. While blackleg, clubroot and sclerotinia stem rot tend to show their effects later in the season, root infections will often show effects earlier. Just to be safe, check for all diseases while scouting.

10. Cool spring. Early seeding into cool soils and long stretches of cool weather in May can delay seed germination and emergence. This often results in higher seed mortality, and also a much wider window of emergence — which contributes to the uneven crop staging.

Use the Canola Diagnostic Tool to uncover other possible causes, as well as identification and management tips.

Root maggot scouting
Root maggots have been found at high numbers in some fields. They can be more common when fields receive a lot of moisture at root elongation stages. Look for plants wilting at early flowering. General wilting is likely environmental, but patches or individual plants could have some other cause. Dig them up carefully and look…
Soil Moisture Still Poor to Excess
Unseasonably cool and dry conditions prevailed across the prairies last week.  Spotty rainshowers and a few snow flurries meant additional moisture was received but these events were quite localized. As a result, soil moisture conditions continue to range from poor to excess. In Manitoba, much of the Red River Valley (approximately 96,000 acres) still remains…
Top 10 reasons for patchy emergence — June 2015
Many situations can lead to patchy canola emergence and growth patterns. Here are our top 10 for this year… 1. Dry topsoil conditions. Soils across many parts of the Prairies were dry all through May and into the first part of June. Emergence tends to be lower and slower in dry conditions. 2. Flea beetles.…
Top 10 reasons for patchy fields — August 2014
We have reports of lots of patchy uneven canola fields this year. Here are our top 10 reasons, in no particular order. 1. Soil compaction. Soil compaction tends to be worse in fields seeded into muddy soil, and soil compaction could be one reason for patchy fields in the eastern Prairies this year. The freeze-thaw,…