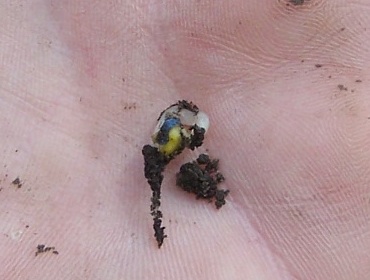 Canola on canola yields less, in general, than canola grown on any other stubble. Reasons for this yield drop could include one or a combination of the following factors:

Disease. Blackleg, clubroot and seedling diseases become more intense with tighter rotations. The sleeper disease here could be seedling disease caused by rhizoctonia, pythium and fusarium. Observations across the Prairies suggest that canola seedling diseases are getting worse with tight rotations. Scout early in the season, and look closely for rotten seed and seedlings in areas with low plant populations. Differentiating between plant losses from seedling disease versus other causes like cutworm damage requires close inspection of the roots and hypocotyls of affected plants before they are too decayed to determine the cause. If the problem is seed rots and seedling disease, there’s no sense spending a bunch of money on insecticide.

Insects. Root maggots are one pest that can get worse — and in some cases, much worse — in a field with continuous canola. There are no insecticides available to control root maggot in canola, but rotation does work. A one year break between canola crops could be enough. As for other insects such as flea beetles, more intense canola rotations do promote higher numbers, especially if the insect is capable of overwintering.

Fertility. Recent research by AAFC indicates that hybrid canola removes as much soil nitrate as wheat, and therefore high yields in tight rotations with canola and wheat will results in low soil nitrate levels.  Fertilizer rates may need to rise in response to more intensive canola rotations when high yields are being achieved.

Weeds. Canola volunteers and other weeds not controlled easily in canola will become worse in a tight rotation. These weeds in particular will require a concerted control effort in rotation crops. Tight canola rotations and a limited spectrum of herbicide groups that dominate most canola acres means increased likelihood of finding resistant biotypes and allowing them to increase in number within the field.

Click on the video below to see Alberta oilseed specialist Murray Hartman give his take on rotation. Thanks to Real Agriculture and ACPC for this video.

Blackleg and tight rotations
A one in four or one in three canola rotation is still the best way to manage blackleg. A one in two year rotation, no matter how one manipulates it, is higher risk. For example, available evidence does not support that a crop sequence of canola-canola-wheat-wheat is better than canola-wheat-canola-wheat. Latest research indicates that blackleg…
Crop rotation: Economics and agronomy
Estimates are for another rise in canola acres in 2018. This will add further short- and long-term yield and agronomy pressure on fields that are already in tight rotations. AAFC researchers in Lacombe led a nine-year rotation study that compared continuous Liberty Link canola, continuous Roundup Ready canola, canola in a two-year rotation with wheat,…
Rotate herbicide systems in tight rotations
Some growers are looking at tighter rotations for this year, seeding canola on fields that were in canola two years ago or, in some cases, last year. This is not a best practice for well-known reasons of disease build up and lower yields. In Manitoba, for example, canola on canola stubble yields 83% of the…
Rotations tighten, disease risk rises
While the recommended rotation for disease management is to seed canola once every four years, more growers are using a three-year or two-year rotation. This year we’ve heard more talk of canola on canola. This can cause a rapid build up of disease inoculum in the field, especially for clubroot and blackleg. With tight rotations, canola…