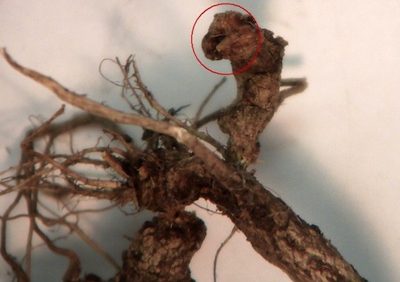 Harvest is a good time to assess your canola results and prep fields for canola in 2012. If yields were disappointing given the large biomass of the crop, take time now to check for clues as to why.

What was your plant count? Determine the average number of canola stalks per square foot or metre to get a better sense of the plant population that survived to swathing. Low populations may have led to bigger, branchier plants. In this case, many of these side branches may not have matured completely leading to smaller seed size or shriveled seeds that were blown out the back of the combine.

Did the crop run out of nutrients? The crop may have used up available nutrients to build biomass, especially with good rains early, and didn’t have enough left to meet seed yield potential. A fall soil test will help answer this question. If the soil is drained, consider higher nutrient rates for canola fields next year, based on soil test residual levels plus fertilizer applications.

Are all pods present and filled? Take a look at the plants before or during combining. A large swath doesn’t necessarily mean a high number of pods were produced or that they were filled properly. Missing pods could indicate environmental stress (heat blast, frost), stress from delayed herbicide applications or insect damage to pods or flowers. Short or poorly filled pods could be more likely to result from nutrient deficiency later in the season, although environmental stress could be a factor as well. Smaller seed with reddish seed coats are often a sign of late season heat and drought.

Look for disease. Clubroot, sclerotinia and blackleg can be responsible for yield losses. Clubroot severity seems fairly high this fall in traditional clubroot areas and higher than expected in some newer areas. This suggests that the disease has been present in some of these “newly infected” fields for at least one previous canola rotation, maybe two. Symptoms are not always evident above ground. Random surveying in high risk areas uncovered clubroot galls on plants that looked healthy. Growers with previously unaffected fields in regions bordering areas known to have clubroot should take a close look at their canola fields, including a thorough inspection of the roots for signs of clubroot galls. Growers in all regions should include a regular inspection of their canola’s roots as part of their regular scouting program. Discovering clubroot early will help prevent or delay its spread throughout the farm. A combination of machinery sanitation, crop rotation and variety selection can limit its spread and impact on future canola crops in affected fields. In wheat fields planned for canola in 2012, look for clubroot galls on volunteer canola or related weeds.

Look for cabbage seedpod weevil holes in pods. With the expansion of the range of the cabbage seedpod weevil eastward in Saskatchewan, some growers may be encountering the weevil for the first time. A survey conducted annually in Saskatchewan provides approximate areas of weevil presence and level of infestations, but it is not possible to sample all fields. At harvest time, look for exit holes caused by larvae emerging from canola pods. Presence of these holes should be a warning for growers to scout for the weevil next year. See the photos below. Click here for the 2010 map.

Scout at harvest to help with 2011 planning
At harvest, look for late-season diseases and insect damage that can help with decision making next year. —Break open the stems of any bleached white plants and look for hard black sclerotia bodies forming inside the stem. High levels of sclerotia returned to the soil this fall can increase the risk of sclerotinia next year…
What weeds will you be dealing with next year?
Growers don’t have much time left to control weeds in fields planned for canola next year. Click here for an article on fall weed control tips from the previous Canola Watch. Click here for a radio interview with CCC agronomy specialist Dan Orchard on fall weed control. Cleavers seem to be getting worse again in…
Begin evaluating the year that was
Scouting at swath timing is a good time of year to begin assessing the growing season and begin planning for next year. In Manitoba, earliest harvested fields are not yielding to expectations. Take this opportunity to try and identify what might be at play leading to disappointing yields. Mother Nature’s environmental challenges played an important…
Top 10 things to scout after swathing two rounds
Tangled mature canola fields can be hard to scout. Swathing two full rounds before scouting makes it much easier to quickly check a number of plants in a few areas — including the back of the field. Here are things to look for: 1. Seed colour change. The ideal time to swath canola is when…