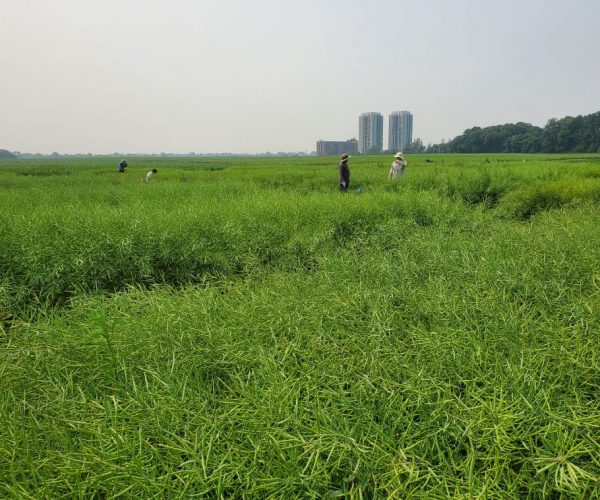 Although the 2021 growing season was very challenging for many canola growers, several research projects were able to progress and wrap up. For an efficient year-end review, the outcomes of completed canola research projects are summarized in the 9th annual 2021 Canola Digest: Science Edition. This publication also includes brief updates on new and ongoing studies funded by SaskCanola, Alberta Canola and Manitoba Canola Growers through the Canola Agronomic Research Program (CARP), Canola Agricultural Partnership (CAP) on other initiatives.

Key findings from research projects featured in the 2021 Canola Digest: Science Edition and posted on the Canola Research Hub include:

New and ongoing projects showcased in this Canola Digest: Science Edition’s section are also featured on the Hub.

One example is Dr. Pérez-López’s ‘Using avirulence markers to predict the phenotypes of clubroot pathotypes‘ study (pictured below). It is aimed at optimizing a hydroponic bioassay to phenotype the interaction between canola and P. brassicae, identifying P. brassicae avirulence markers, and designing and implementing a multiplex PCR assay able to differentiate P. brassicae isolates. The outcomes of this research will contribute to long-term management of the clubroot disease.

Another active project is Dr. Ma’s ‘Improving nitrogen use efficiency (NUE) and soil sustainability in canola production across Canada‘ project, which aims to develop best management technologies to promote canola productivity, profitability as well as sustaining the environment. This study includes two field experiments at eight locations across Canada and laboratory analysis. Photos of this project in progress are provided below, and as the feature photo of this blog.

Since crop rotation is an important strategy used by producers to maximize soil and plant health, this research examined canola root systems in rotations including canola; canola-wheat; and canola-pea-barley.

The results determined minimal impacts of rotation on root nutrient availability, however root exudate production was affected by continuous canola, resulting in differences in the fungal microbiome associated with canola roots.

The researchers also concluded that the soil and root-associated fungal microbiome responded more strongly to crop rotation compared to the bacterial communities, and identified a fungus, Olpidium brassicae, that was particularly dominant in the canola-only rotations. These findings highlight the importance of considering the effects of crop rotation on the whole plant, including its associated microbial partners, and point to new areas for future research.

In case you missed the previous versions, feel free to have a flip through these earlier Science Editions:

Read the full summaries, corresponding final reports and/or publications related to these research projects on the Canola Research Hub. In addition, check out the three provincial updates, Five CCC agronomy priorities article, two ‘Top 10’ articles and more, in the 2021 Edition!

If you want to learn about the canola research funded by Manitoba, Saskatchewan and Alberta, check out the:

For a non-agronomic perspective on the canola industry, also check out: