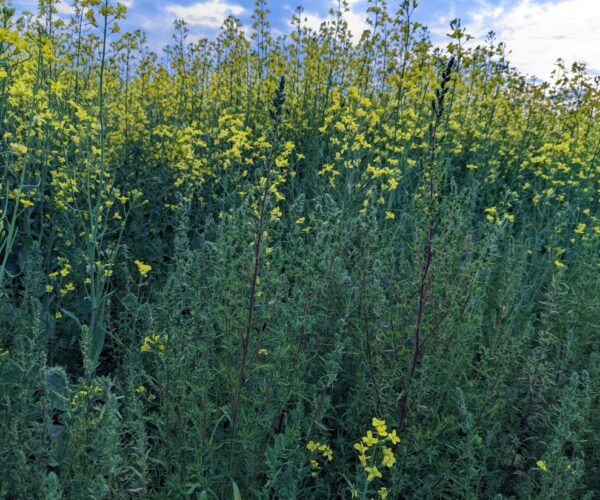 Surveys are showing that herbicide-resistant (HR) weeds are a widespread issue across the Prairies. However the predominant weed species and type of resistance does vary by location. To address this, identify the HR weed challenges in each field, noting field variability, then consider the rotation plan (and subsequent herbicide product options for each crop), and make strategic selections such as herbicide tolerance systems, herbicide groups (and the frequency of their use within a year and in the long term), modes of action, timing options (pre-seed and in-crop) to implement the most effective weed management strategy for your operation.

Several years after the previous report (2007 to 2011), the Herbicide-resistant weeds in the Canadian prairies: 2012 to 2017 study reported herbicide-resistant (HR) weeds across western Canada. Preharvest surveys in Saskatchewan (2014 and 2015), Manitoba (2016) and Alberta (2017) included 798 randomly selected cropped fields across 28 million hectares. Between 2012 and 2016 the research team also screened 1,108 weed seed samples.

Key results from the paper’s abstract, which was published in Weed Technology include:

Read more in these publications: Herbicide-resistant weeds in the Canadian prairies: 2012 to 2017 and the First report of glyphosate-resistant downy brome (Bromus tectorum L.) in Canada.

The next generation of Prairie herbicide-resistant weed surveys and surveillance research, led by Charles Geddes, employs a series of Prairie Herbicide-Resistant Weed Surveys and a coordinated strategy for biovigilance of HR weeds in the Prairie Region of Canada to increase awareness of HR weeds, guide the priorities of agricultural industry, and help growers understand how to mitigate and manage HR weeds on their farms.

The interim results suggest that the herbicide-resistant weed challenge has only increased over the years.

Learn more in the We stand on guard for thee: A brief history of pest surveillance on the Canadian Prairies publication.

Recognizing that while late applications of glyphosate have been shown to have detrimental effects on cotton, soybean, and corn, little was known about the effects of late herbicide applications on canola reproduction, seed set, yield, and quality, Chris Willenborg led the Quantifying the risks associated with late and sequential herbicide applications in herbicide-resistant canola systems project conducted over 8 site-years across Alberta and Saskatchewan. Key outcomes from this research are:

Helpful biological and management information about kochia from this study included:

Learn more on the Biology and management of glyphosate-resistant kochia page in these related publications:

In addition to these completed weed management projects, there are several studies that are still in progress, including: