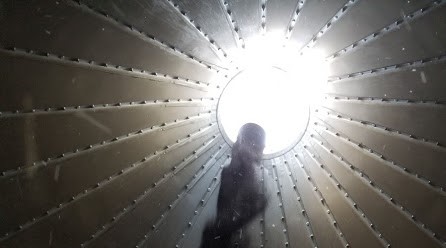 Safely storing harvested canola is critical to maintaining seed quality until it can be delivered. Several risk factors can be considered for the type and size of storage options and equipment that a grower has, as well as the logistics of the operation and the amount of time that the grain will be stored for. The research referenced below covers different aspects of these topics in order to offer the best recommendations for successfully storing canola.

High temperatures across the Prairies throughout the 2021 growing season may not have favoured high oil content (concentrations), but Jayas’ research out of the University of Manitoba provides results on both low (less than 42.5 per cent) and high (about 45 per cent) oil content samples. Since the Canadian Grain Commission’s Preliminary 2021 quality data of eastern and western Canadian canola reports minimum, maximum and mean values of 34.2, 46.6 and 41.2 per cent oil content, respectively (8.5 per cent moisture basis) in the Canola, No. 1 Canada samples, there may be some growers with grain samples at either end of this range.

This project, titled ‘Storage and handling characteristics of new varieties of high oil content canola’ included three different experiments: one on small-scale storage, one on large-scale storage, and one on physical properties.

For more details on this study and a video of the lead researcher discussing canola storage research, see the project summary page.

Agnew’s one-year Determining best practices for summer storage of canola in Western Canada (part 1) project out of the Prairie Agricultural Machinery Institute (PAMI) measured grain temperature, relative humidity and airflow rates on three 4,000-bushel, 18-foot diameter bins of canola which utilized three different management practices — aeration, grain turning and leaving it alone. Two of the bins were monitored throughout June and July, and data was collected on the other bin until the end of November. Some findings from this project include:

Impacts of turning and aerating:

The results from this project were useful and interesting, but are limited to dry canola (six per cent moisture) that was frozen over winter. If the stored canola has a higher moisture content or different starting temperature, the degree of moisture migration may be different over the summer months, which can increase the risk of spoilage or heating.

As winter transitions into summer, it is recommended to monitor the temperature profile in canola bins for rapid increases which can indicate spoilage and have a plan in place to move the grain if this occurs and not to turn or aerate. As well, aerating and turning grain to warm up canola stored throughout the cold western Canadian winter is not necessary.

For more information on this study, check out the final report.

Due to a strong interest in the summer or longer term storage recommendations for canola with higher moisture content, Agnew’s subsequent ‘Determining best practices for summer storage of canola in Western Canada (part 2)’ study, utilized canola with nine per cent moisture content.

All trials were planned to occur in mid-late fall to ensure the ambient environmental conditions were representative of when supplemental heating is typically used. Moisture content, seed weights, and grain temperature data from each bin were recorded for the six treatments.

Additional information on this research and a link to project summary can be found here.

An additional storage project titled ‘On-farm canola storage research in large bins‘ conducted by PAMI and led by Grieger investigated large bins and the effects of a “peaked” vs. “spread” bin filling system on grain distribution, to measure airflow rates and static pressures from common aeration fans, to airflow uniformity, and grain pressure distribution on the bin floor.

The initial trial monitored canola conditioning with a peaked center, which was created by loading canola into the center of the bin directly from an auger. The second trial emptied the partially conditioned canola into a second 25,000-bushel bin to equalize the grain temperature and refilled the first bin using a gravity driven spreader to produce a more level grain surface. Key findings from this research included:

Overall, the previous airflow/static pressure recommendations developed from small bins are effective in conditioning canola for safe long term (over five months) canola storage. However, the fan requirements and grain monitoring practices may need to be adapted for larger bins.

For details on the results which led to these conclusions, see the comprehensive final report.

Although fewer growers may need extra storage this year, some interesting information has been found by Jayas on bag storage.

Check out these studies for more information:

For related canola storage knowledge and some grower recommendations, check out these resources:

For other harvest content, check out the previous Canola Research Hub blog: Make the most of canola yields by minimizing losses at harvest.

For other harvest-related research, check out these interesting projects on the Canola Research Hub: