In conjunction with AMTS’ “The Nutritionist” webinar series, the Canola Council of Canada offered a series of three webinars demonstrating the use and versatility of canola meal as a protein source for lactating dairy cows.

The inaugural presentation “An Interview with Daniel Scothorn” provided in depth views on a variety of subjects related to Mr. Scothorn’s philosophical approach to consulting, consulting goals and formulation techniques. and balancing diets for amino acids. Daniel Scothorn, Scothorn Nutrition, is an internationally recognized dairy on-farm consultant and nutritional mentor with a practical approach to nutritional management.

More About Our Speakers

Mr. Daniel Scothorn completed his degrees in animal science at Dalhousie University and The University of Saskatchewan. He further gained extensive dairy feed management experience while working for three Canadian feed companies before starting his consulting practice, Scothorn Nutrition in 2007. In a relatively short period of time, Mr. Scothorn became internationally known for his knowledge in dairy management and diet formulation. Some of the countries where Daniel consults include Canada, UAE, Saudi Arabia, Jordan, Egypt, Indonesia, Vietnam, and Kenya.

Mr. Scothorn is known in these countries and elsewhere for his practical approach to problem solving which he shares freely on LinkedIn. He has willingly shared his advice with respect to formulating practical diets that provide results, and these often contain canola meal.

The overarching goal of his program is to improve the efficiency of nutrient utilization in dairy cows to enhance production and minimize environmental impact. He has been recognized with many awards including the 2018 Lallemand Forward Award for Scientific Excellence. Dr. Faciola has been involved in Canola meal research studies during his tenure at the US Dairy Forage Research Center, as well as the University of Nevada and University of Florida. 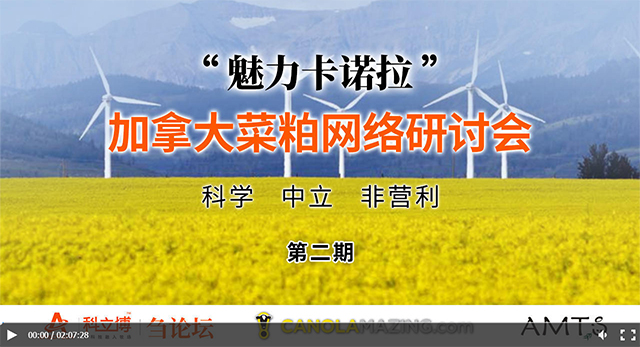 Dr. Kalscheur received a BS degree from University of Wisconsin, and his MS and Ph.D. Degrees from University of Maryland. He then joined the staff at South Dakota State University, where he reached the rank of full professor. There his research centered on protein digestion and the environmental impact of animal management.

Returning to his home state, Dr. Kalscheur is currently employed by the U.S. Dairy Forage Research Center. His research efforts involve improving forage digestion as well as nutrient utilization by high producing cows. Dr. Kalscheur has maintained his focus on nutrient management. He is a frequent and welcomed speaker at conferences both nationally and internationally. He has been instrumental in contributing to the understanding of canola meal in diets for dairy cows, having conducted research while at South Dakota State and now at the U. S. Dairy Forage Research Center.