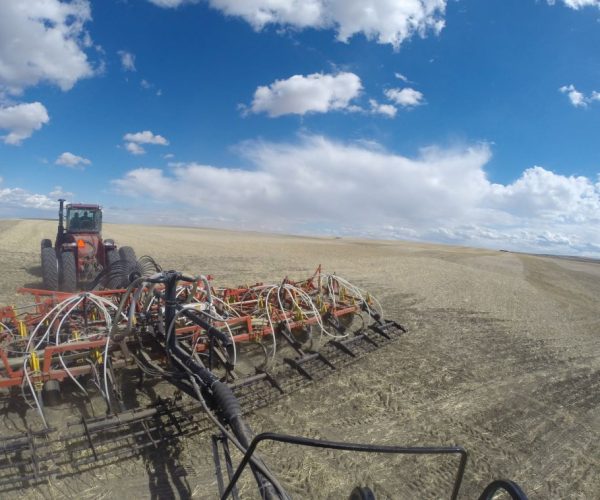 The two most important environmental factors to pay attention to in the spring are soil moisture and soil temperature. Despite external factors such as air temperature and precipitation having an impact on these parameters, management decisions can also affect them. Research across western Canada has quantified some of these impacts and their findings are provided in the following summaries.

The achieved plant stand will impact moisture utilization more than seed population, so when determining seeding rate, focus on the target plant population, along with risk factors that impact these targets. For more on plant densities, see Shirtliffe’s Determining optimum plant density in canola project (completed in 2009) and this recently published Estimating the economic optimal target density of hybrid canola based on data from a western Canadian meta-analysis paper (by Hartman and Jeffrey). Also check out this paper published on Harker’s research, which reported seed size didn’t have a significant impact on canola emergence, yield or seed quality.

Of course, soil moisture isn’t only used by crops. Weeds compete with canola for soil moisture (as well as sunlight and nutrients) too. Research by Harker and his team led to the recommendation that early season weed management was likely more important for maximizing yield than additional herbicide applications later in the year. Plus, this can reduce weed seedbank levels for the next crop and reduce selection pressure for weed resistance to herbicides. Read the full project summary and/or the paper published based on this research.

A silver lining for canola under moisture stress has been reported by Agriculture and Agri-Food Canada for plants accessed by healthy insect pollinators. In Cartar’s greenhouse experiment, pollinators increased canola yields by approximately 20 per cent compared with non-pollinator treatments, regardless of whether drought was experienced during the seedling or the pod-filling stage. This improvement was primarily accomplished by shifting flowering to earlier in the year and for a shorter duration of time.

However, moisture stress may have a negative impact on insect pest pressure. Early research by Dosdall found that under water-stressed conditions natural enemies may not be as effective at controlling diamondback moths as when there are sufficient soil moisture levels.

Recognizing that frost is a major challenge for spring canola production in Canada, and seeding dates are often chosen with soil temperatures in mind (as well as maximizing yield potential), Capo-chichi led a Seed germination and seedling performance of spring canola at low temperatures project investigating the effect of low temperature on canola seed germination. Acknowledging that breeding for low temperature tolerance can be very challenging and that some of the gains made in this area can be masked by location and annual variation, it was found that:

Regardless of whether soil temperatures are optimal or unfavourable, management practices such as seeding speed are controlled by growers (within the limitations of their equipment). Blackshaw reported faster seeding speeds reduced the precision of canola seed placement, which subsequently lowered the percentage of canola emergence, no matter which type of opener used.

In addition to the impact of seeding speed, Harker’s research found that seeding depth had a significant effect on canola emergence. Choosing to seed at one centimetre (0.4 inches) decreased days to emergence, flowering, and maturity, as well as reduced green seed levels, and increased emergence density and early season ground cover, compared to canola seeded at four centimetres (1.6 inches).

For more plant establishment research, check out these completed and ongoing projects on the Canola Research Hub.