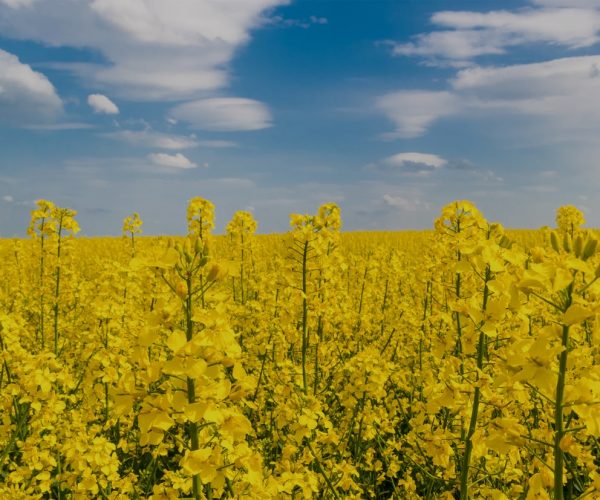 Certain agronomy practices can improve the chance of sustainably producing a profitable high-quality crop with reduced production risk. Based on the best research findings available, here are some of the key influential studies which support key practices recommended for Canadian canola farmers.

Steve Shirtliffe (2009) reported that a canola plant stand of three to four plants per square foot is required to maintain full seed yield potential. Other studies have reported that reducing targeted plant populations is possible without compromising seed yield, however, uniform spatial arrangement or seed distribution per unit area must be maintained (Angadi et al. 2003). Currently, Shirtliffe (University of Saskatchewan) leads a project on spatial arrangement and its effect on canola yield. For more research on this topic, check out this study on precision planters and other plant establishment research on the Hub.

Nutrient concentrations are inconsistent from field to field and from one year to the next. Regular soil testing of each field is crucial to developing appropriate fertilizer plans based on yield targets for each field. 4R principles are based on applying the Right Source at the Right Rate, Right Time, Right Place. Not only is it economically wasteful to over-fertilize a crop, as environmental stewards of the land it is our responsibility to minimize harmful effects excess nutrient applications pose, including nutrient runoff into water systems (Sims et al. 2000). Bao-Luo Ma (Agriculture and Agri-Food Canada, Ottawa) is currently leading a study looking at improving nitrogen use efficiency in canola, which will improve the decision making process when it comes to the right rate in canola. For more research on this topic, check out the fertility studies on the Hub, including one on the impact of source and placement of nitrogen and sulphur fertilizers.

Weed species are, in general, easier to control when they are younger. While application timing for best weed control can be a challenge logistically, Clayton et al., (2002), Harker et al., (2004), and Grey et al., (2006) have all reported more effective weed control when herbicides were applied earlier than later. In addition to superior weed control, Harker et al., (2008) found that canola yield declined linearly as herbicide application was delayed beyond the one- to two-leaf stage, therefore early herbicide applications will protect crop yield. For more research on this topic, check out this study led by Bob Blackshaw or this research led by Neil Harker.

To achieve a return on investment (ROI) for insecticide applications, only apply once pests present in the crop have exceeded their respective economic thresholds. Thresholds-based decisions protect the crop while decreasing input expenses and reducing the risk of killing beneficial insects and the vast number of insects that are of no concern. For an example of new research, Hector Carcamo (2019) found a reliable estimate of cabbage seedpod weevil could be determined with four sets of 10 sweeps taken at paired locations. If weevil counts exceed the current economic threshold of 25-40 per 10 sweeps, then growers might consider a spray. For more research on this topic, check out these studies which Hector Carcamo was involved with.

Clubroot is a major disease and yield robber of canola. A minimum two-year break between canola crops (and other hosts) will help reduce clubroot spore levels in soil, with over 90 per cent of the spores not being viable after a two-year break (Peng et al., 2014). Furthermore, Ernst et al. (2019) recommended that growing clubroot-resistant cultivars should not be solely relied upon to reduce clubroot soil spore loads and that expanding crop rotations beyond susceptible hosts is the most effective approach. Current research is investigating management strategy interactions and effectiveness. This includes resistant cultivars, lime application and control of clubroot susceptible weeds by Brittany Hennig (University of Alberta). For more research, check out clubroot projects on the Hub, such as this one on the management of clubroot in a dynamic environment.

Using the same blackleg resistance genetics every year in the same field will lead to a breakdown in the cultivar’s resistance to the disease. In some cases, this breakdown has been reported in as little as two years (Kutcher et al. 2010). Marcroft et al., (2012) found reduced blackleg incidence when cultivars with different blackleg resistance genes were grown consecutively. For this reason, it is important to know the races of blackleg in your fields, and to rotate between effective major resistance genes. Gary Peng (Agriculture and Agri-Food Canada, Saskatoon) leads a research project on monitoring blackleg race dynamics across Western Canada, while Dilantha Fernando (University of Manitoba) is identifying ways to steward blackleg major resistance gene cultivars. For more, check out these other studies Dilantha Fernando was involved with.

Timing is the most important component of a fungicide application. While the window for control of sclerotinia is between 20 and 50 per cent flowering, spraying at the earlier flowering stage can increase your ROI. Canola petals begin to drop at around 30 per cent flowering, land on lower parts of the plant and serve as a nutrient source for fungal spores to germinate and infect surrounding plant tissue (Bardin and Huang 2001). A fungicide applied just before this time is most effective because the initial dropped petals will be protected, providing sclerotinia control from the beginning of the infection period. Kelly Turkington (Agriculture and Agri-Food Canada, Lacombe) is looking to improve the management of sclerotinia by using fungicides and effective risk assessment tools. For more, check out this predictive modelling study or other sclerotinia projects on the Hub.

While these practices are based on the best research we have at this time, further research is in progress on many of these topics. Be sure to browse through the ongoing projects, including those underway through the Canola Agronomic Research Program (CARP) and the Canadian AgriScience Cluster.