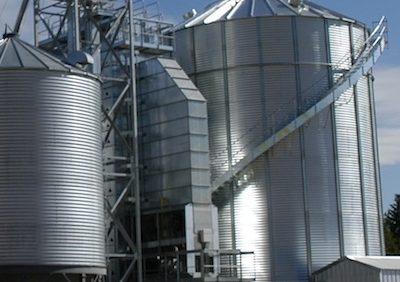 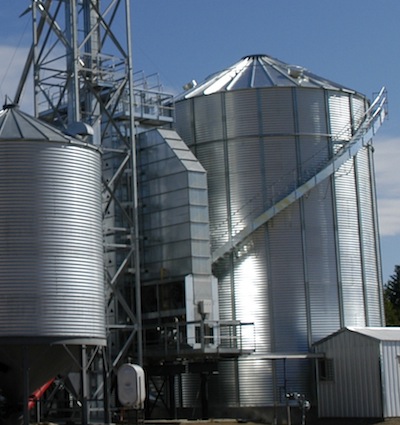 This is the month to make sure stored canola is stable heading into winter. As outside temperatures drop below zero and stay there, canola growers want to make sure canola has cooled throughout the bin.

When outside air is colder than stored canola, another moisture cycle begins within the bin. The mass on the outside edge of the bin cools first. This colder air migrates down the outside then up through the central core, picking up warmth and moisture along the way. This creates a pocket of humid and warmer air at the top of the central core where spoilage and heating can start.

Removing one third of the canola out of a full bin disrupts the moisture cycle and helps cool the mass. For big bins, moving one third of the volume could mean a number of truck loads. While unloading, remember to feel the canola as it comes out of the bin. In the absence of adequate temperature sensors within the grain mass, this is probably the only effective way to determine if core temperatures are still high in large storage structures.

Probing through doors or roof hatches will likely be unreliable for finding hot spots near the core of the bin.

Aeration in November can help cool the bin, but aeration can be tricky at cold temperatures. Check the aeration fan’s capacity for the amount of CFMs (cubic feet per minute) to ensure the fan capacity is matched to the size of bin. Fans with limited capacity will not be able to move the appropriate amount of cold air throughout the dense mass. This can create a moisture front within the bin, which can create a crust layer. With restricted air movement, spoilage could begin along the moisture front. This crust can also hang up and create a challenge for unloading.

Does your storage measure up? Cool conditions in the fall make it difficult to dry canola using aeration alone. Is it time for a heated air system, or a dryer? For more on storage considerations, we have archived videos on floors, fans, bag storage and other presentations from the Canola Council of Canada Storage Clinic in Brandon in 2012.

Check bins and bags on cold November days
When outside air is colder than stored canola, another moisture cycle begins within the bin. The grain mass on the outside edge cools first. This colder air migrates down through…
Time to check canola bins
Wednesday, November 17, 2010 – This is the month to make sure stored canola is stable heading into winter. As outside temperatures drop below zero and stay there, canola growers…
Aerate canola combined hot
Canola combined this week could go in the bin very hot. Canola storage experts recommend that hot canola be put on aeration for cooling, even if it’s dry. There will…
Put all canola on aeration
Canola at 10% moisture is at risk of spoilage when binned at 20°C. At 25-30°C, the spoilage risk is that much greater. Canola at 8% moisture is also at risk…